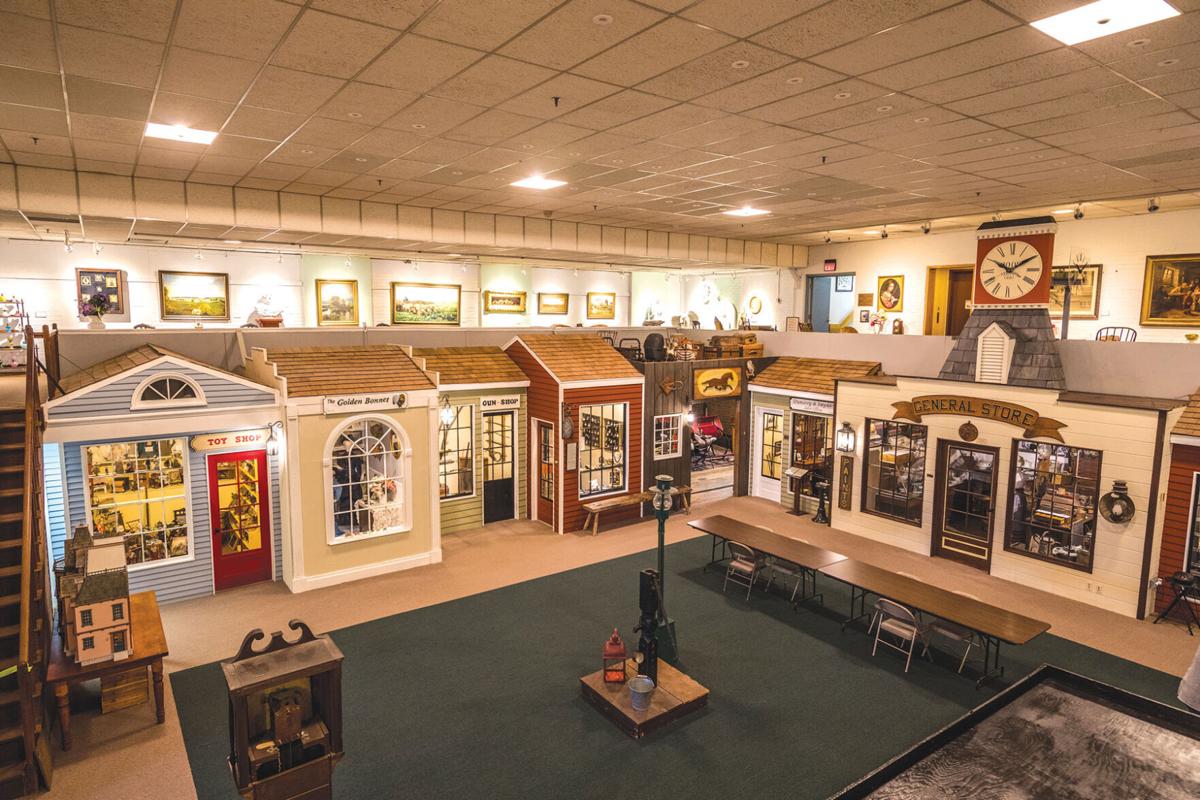 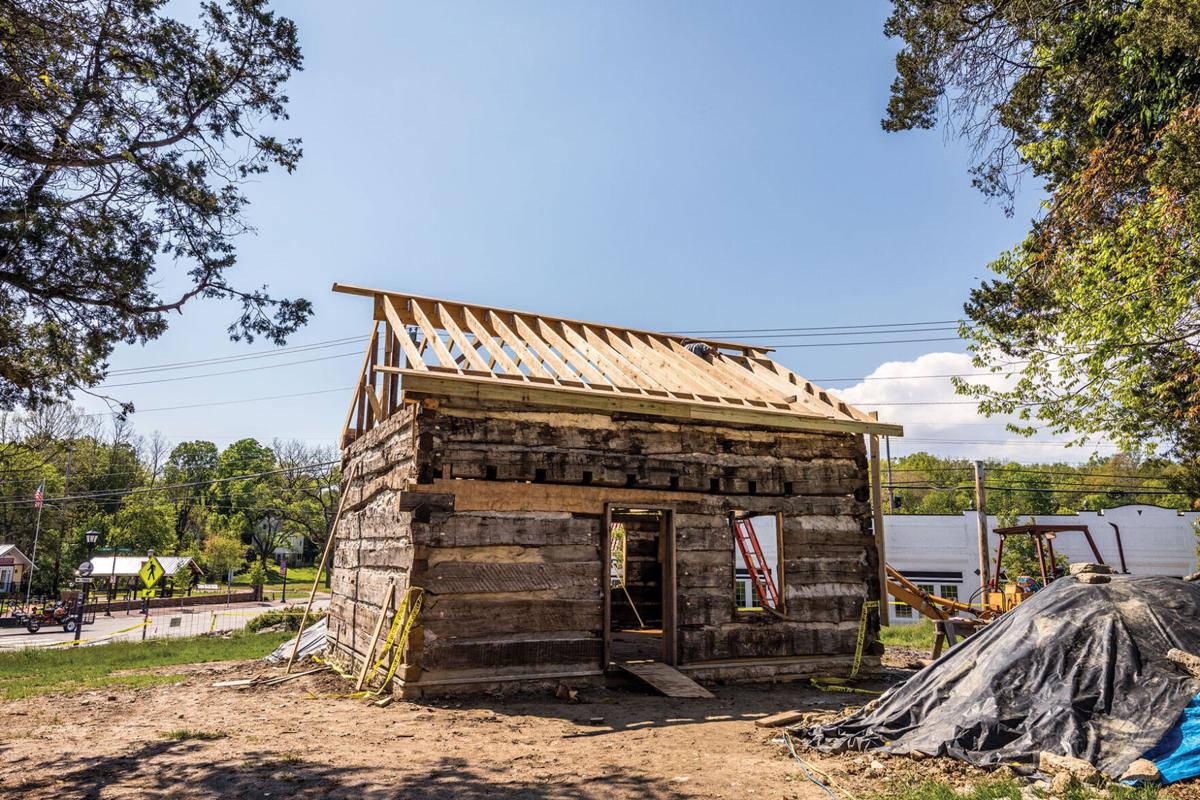 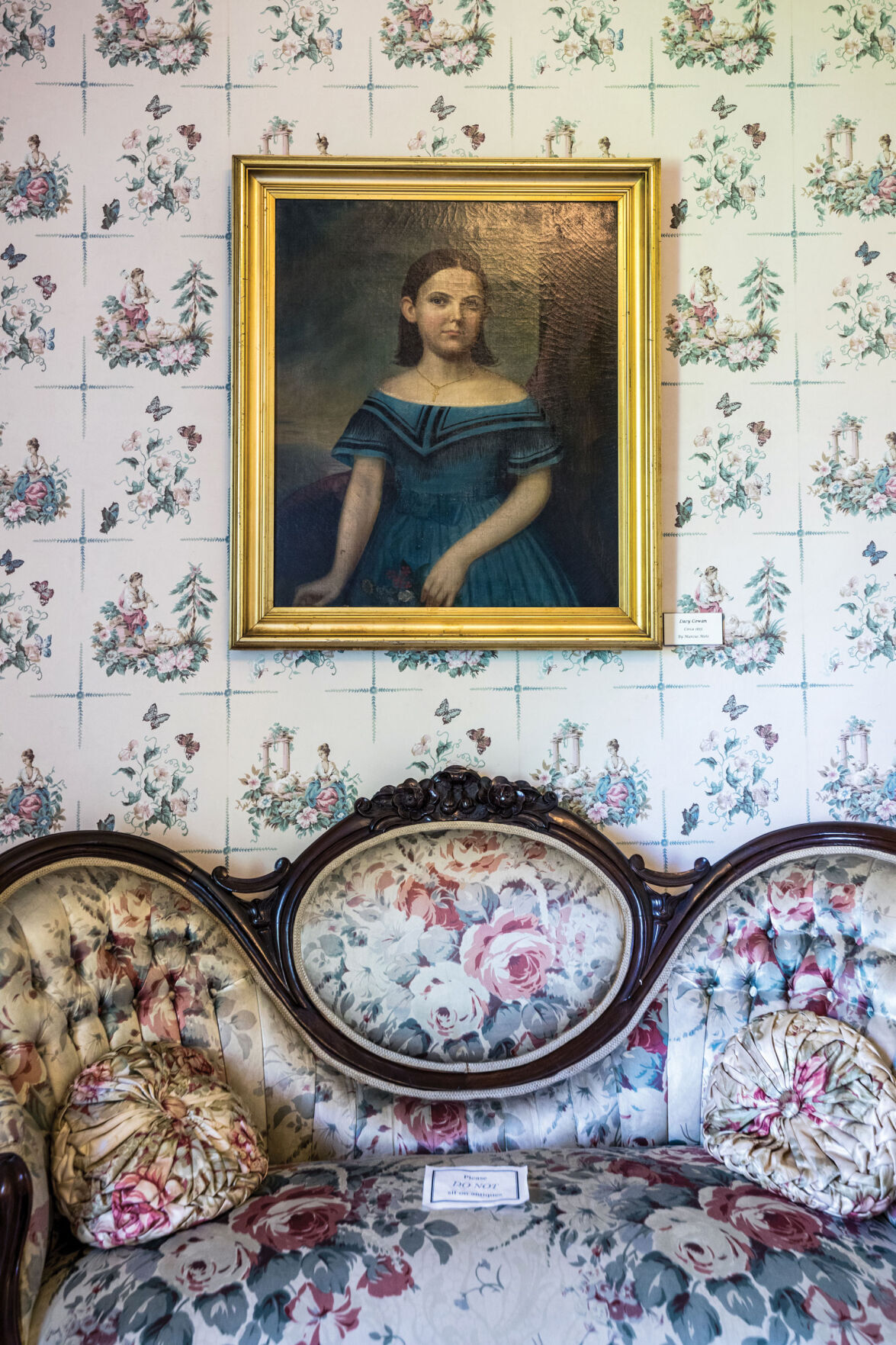 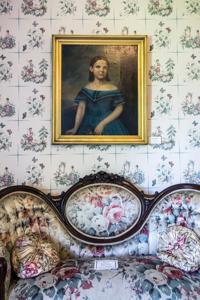 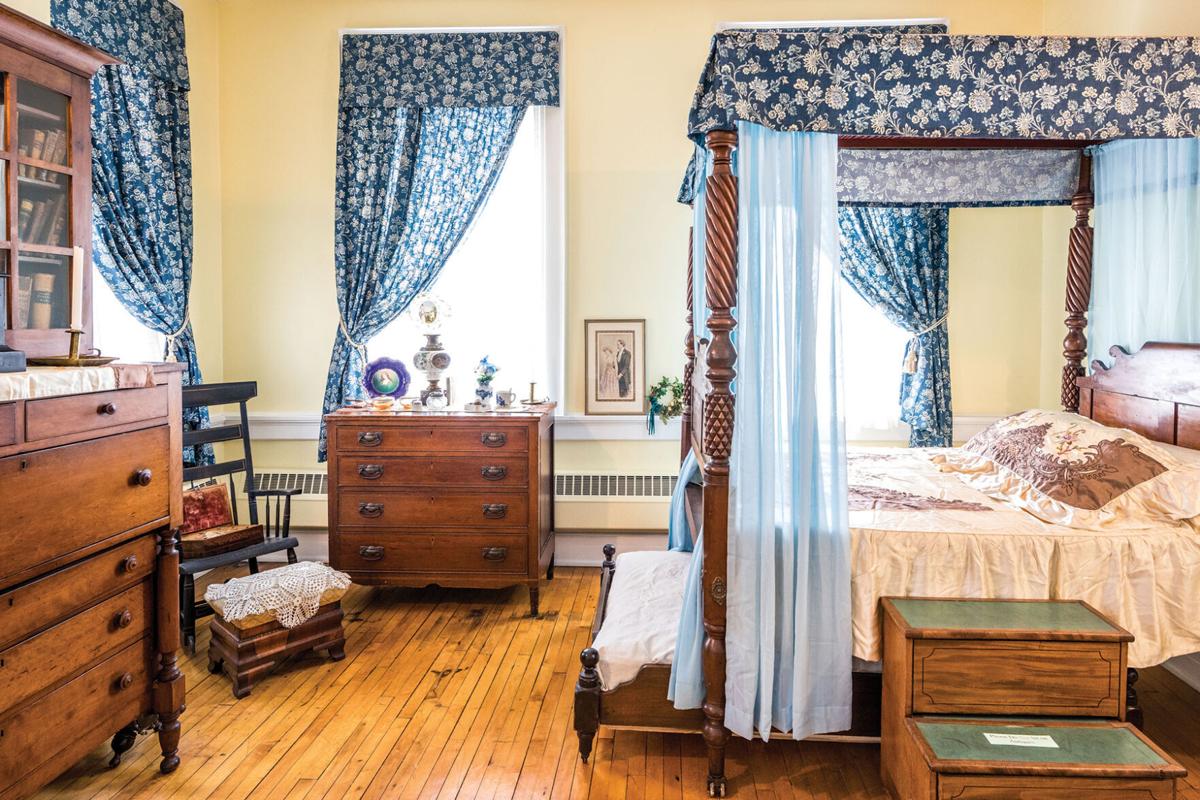 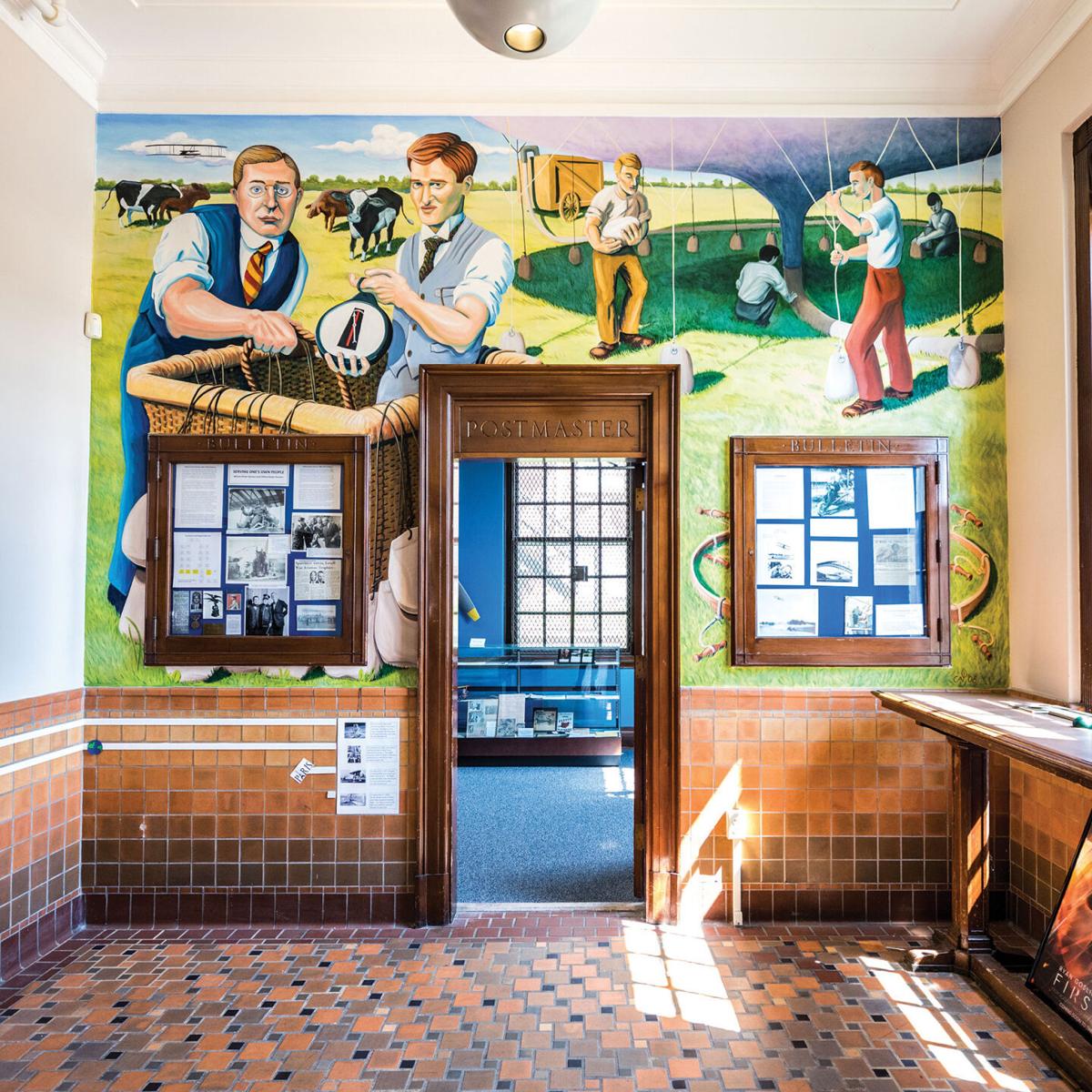 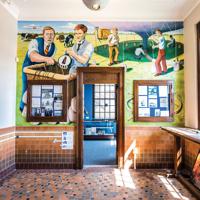 Cabin restoration, a budding arboretum and a new fall festival in 2021 are just a few of the plans currently in progress at Warren County’s historical campus in downtown Lebanon. The improvements are part of a growing effort to encourage more people to come and experience an area that is rich in American history, advancement and invention.

The 225-year-old Beedle Log Cabin, once located behind the Lebanon Correctional Institution, has been moved and is being restored in front of the Warren County Historical Society’s museum, called the Harmon Museum. Originally built by William Beedle and his family, the cabin is believed to be the only remaining structure left from the first pioneer settlement in Warren County.

The restored cabin will have a working fireplace, with the original stone, and surrounding it will be “healing gardens” with plants labeled to explain how the Shakers and Native Americans used them for healing purposes. The cabin will be dedicated and presented to the public this year on Sept. 18-19 at the first annual Frontier Fair, a festival featuring people in pioneer dress demonstrating activities of the time. “Aroundcabin will be a blacksmith, a weaver and an old-fashioned candymaker,” says Michael L. Coyan, who joined the Historical Society as its new executive director in March of last year. “We’re focusing on the year 1795, when the cabin was built, to the mid 1800s, when Glendower Mansion was built.”

Overlooking downtown Lebanon is the Glendower Mansion, another property owned by the Historical Society. It was lived in until the 1940s and had only three owners: a prosecuting attorney, a Union Civil War general and a wealthy socialite. Today the stately manor, recognized as “one of the finest examples of Residential Greek Revival architecture in the Midwest,” serves as a museum for elegant furnishings and local artifacts, and a popular backdrop for wedding ceremonies and photos.

The hillside mansion sits on three and a half acres that are in the process of being converted into the county’s first arboretum. “The major nurseries and landscapers in Warren County donated about a dozen trees that were planted up there, and we’re adding a dozen more in the fall,” Coyan says, adding that Eagle Scouts are placing identification markers, and new paths and stone benches will be installed. “Even when the mansion isn’t open to the public, the grounds will be. You can stroll through and see all of these new tree species.”

“The bald cypress trees that are there were given by [former U.S. Senator and Secretary of State] Henry Clay to the man who built the house in 1840, John Milton Williams,” he says. “He brought them from his estate in Kentucky, and they were saplings then. They’re still there, and they’re enormous.”

The award-winning Harmon Museum, which contains among its galleries the largest collection of Shaker artifacts and archives in the country, has a new main entrance facing South Street. Cabin in a more conspicuous spot seemed to be the best way to give it the prominence it deserves.

Along with the Robert & Virginia Jones Shaker Gallery, the 30,000-square-foot, four-floor museum features four art galleries; the Bruce E. Young Farm Heritage Gallery, showcasing agricultural tools used in Warren County throughout its history; and the newly renovated Adena, Hopewell and Fort Ancient Peoples, filled with fossils, art and artifacts of the Hopewell and is noted as “one of the finest collections outside of the Smithsonian” by a national consultant.

Other impressive sections linked to local history include a remarkable exhibit dedicated to the Underground Railroad; the authentic reproduction of a log cabin interior circa 1800; the Victorian Gallery, which contains stunning whole-room recreations decorated with period furnishings; the new Mid-Century Modern Room, and the Village Green shopping square, featuring storefronts that show unique historical items. The Museum Shop sells artwork, photography, books and other gifts, all created by local artisans.

The Armstrong Gallery of Flight

The Armstrong Gallery of Flight, located in the old post office built in 1936 that connects to the main museum, is undergoing changes to make it more interactive. Its displays celebrate astronaut Neil Armstrong, the Wright Brothers and the history of Warren County’s airports. “When renovations are complete, visitors will be able to peer through antique telescopes, land a lunar module at a simulation console and watch Orville Wright and Wilbur fly,” says Coyan, “and even perhaps ‘fly’ over your own house, via a camera attached to the wing of a plane that’s flown all over Warren County.”

The museum’s former main entrance off Broadway is now reserved for special events. The driveway connecting Broadway to the new Harmon Museum entrance is being replaced with a History Walk path. “It will be formed with paver stones, some which will be personalized with donors’ names” Coyan says.

Once the old post office’s sorting room, the Armstrong Auditorium & Conference Center has been reinvented as an events and entertainment space. “It has its own catering kitchen, its own entrance and cloakroom, and we were recently gifted a baby grand piano from a family in Franklin,” says Coyan. The center now hosts special guest performers for the public, most recently the brass ensemble Bones of Cincinnatus, and the Shakespeare Band, which plays antique instruments in full costume.

Reopening the museum to the public has added to a time of excitement and growth for the Historical Society, who invites visitors of all ages to explore and enjoy their properties. Coyan hopes many will join as new or returning members, to help carry on the non-profit organization’s mission to pursue, preserve and pass on stories of the fascinating history of Warren County.

Coyan, a native of Warren County who earned his doctorate in comparative arts and has taught classes on cultural arts, architectural history, music theory and drama at universities throughout Ohio and also in Europe, is passionate about finding new ways to get others to come and see what the Historical Society has accumulated. About five years ago he started volunteering there, gradually became more involved in fundraising, then discovered all that existed behind closed doors. “When we put together an art conservation department and started going through the collection,” Coyan says, “we realized we had the largest art collection between Dayton and Cincinnati, except for Miami’s main museum.”

He saw the potential in what they found, but what had been largely hidden for years needed to be revealed for more eyes to see, which has emerged as a main goal of Coyan’s since becoming director. “The museum has everything you could imagine,” Coyan says, “but we’ve got to make sure we’re showing it.”

The Warren County Historical Society’s main location is at the Harmon Museum located at 105 S. Broadway, Lebanon, and OH 45036. For more information, call 513.932.1817 or visit wchsmuseum.org.