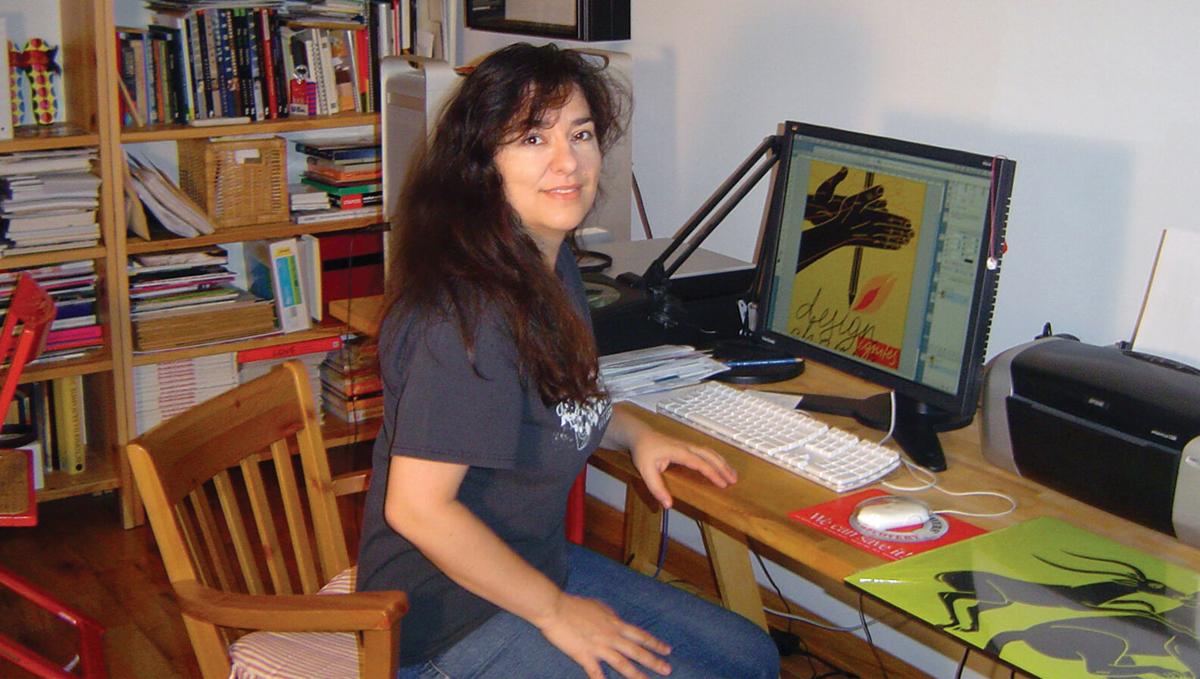 Internationally renowned, New York-based artist Luba Lukova grew up in an artistic family. She began practicing her craft from a young age, spending her early years learning how to draw and paint. As she gained experience and maturity, she determined that creating pretty pictures wasn’t enough. She wanted to tackle complex social issues through her art that would engage people’s thinking.

“I believe that good art always addresses issues that are beyond just entertaining or providing visual pleasure,” says Lukova. “With my images, I try to let the picture continue its own life in the viewer’s heads.”

One of the most original image-makers working today, Lukova says she’s not interested in social or political issues because, visually, they can show cliches.

“My challenge is to find an angle to engage [viewers] and make the images apply to them so that it’s personal,” she says.

Lukova’s work is included in the permanent collections of the New York Museum of Modern Art, the Denver Art Museum, the National Library of France, the Hong Kong Heritage Museum, the Belgium Centre for Engravings and Prints, the Library of Congress, and the World Bank in Washington, D.C.

Katie Bramell, director of museum experiences, explains that the National Underground Railroad Freedom Center is refocusing on the current social justice movements and injustices that we still see today in the country. Connecting current events to the past helps people understand why these things are still happening.

“When I saw this exhibit [“Designing Justice”], I thought this was the perfect tie-in to all of that. It has a beautiful visual piece but also that great programming capability that’s going to allow us to talk about these injustices,” says Bramell.

She invited Lukova to bring her thought-provoking traveling exhibition to the Freedom Center. “Art is so powerful. It has the potential to inspire advocacy, empathy, and action,” Bramell says.

Designing Justice opens at the Freedom Center on October 8 and runs through March 22, 2022. Lukova uses mostly images — metaphors and stylistic elements — instead of written text in her 63-piece exhibition, which covers everything from corruption and inequality to censorship and immigration. Other themes include ecology, hunger, women’s rights, health coverage, human trafficking, war, peace, and human solidarity. Some pieces were done more than 10 years ago, yet they are still relevant today.

Though much of her art depicts negative or difficult issues, people often tell Lukova that they walk away from her exhibit feeling uplifted.

“My general message is that with good intention, we can resolve [these negative issues] and create something better for us, for the world, and for society,” says Lukova. “The fact that [artists] address something is already a positive step to solving it, but if we don’t speak about it, it can get worse.”

Lukova hopes that her exhibition, which addresses essential themes of humanity and injustices worldwide, will help viewers develop empathy for social and cultural issues. She cites the Greek tragedies and how they were written for the same purpose — to evoke empathy in the audience.

“When you empathize with the suffering of someone else, that triggers a desire to do something good to fix the wrong,” says Lukova.

Bramell agrees that evoking empathy is an essential element when we talk about combating racial injustices.

“Art is such a great way to do that because it’s not as intimidating as history-based lectures and things of that nature,” she says.

Lukova is quick to point out the difference between the art we see in galleries and in mass culture, where there is often unnecessary violence or cruelty, such as in Hollywood movies and video games.

“It has to be done in an artful way,” says Lukova. “You have to trigger the most noble impulses in the soul. I think being an artist is as serious as being a doctor or a pilot. Art has a huge impact on people — especially young people. An artist is responsible for shaping people’s reactions and lives. Historically, great pieces of art have been banned or even destroyed. She maintains that for these artists, creativity and morality were inseparable. “People will say truth is a relative notion, but in our hearts, we know there is right and wrong,” Lukova says. “If you are true to your beliefs, that’s where the most powerful pieces of art come from.”

Bramell is proud to bring Lukova’s exhibit to the Freedom Center. “Luba’s work brings life to these current issues that we’re trying to bring a voice to and trying to advocate for,” she says. “Though it’s unfortunate that we keep having to have these conversations, we want the Freedom Center to be a safe space for people to engage this context and have these conversations.