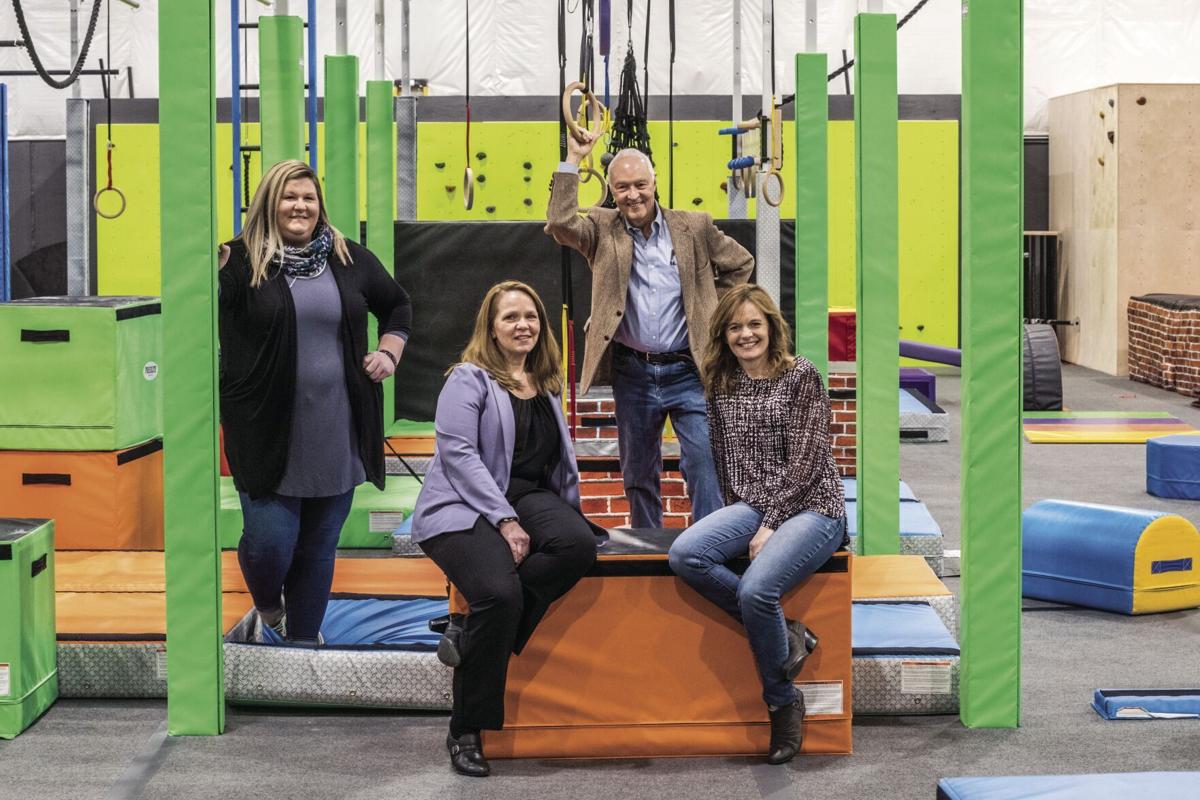 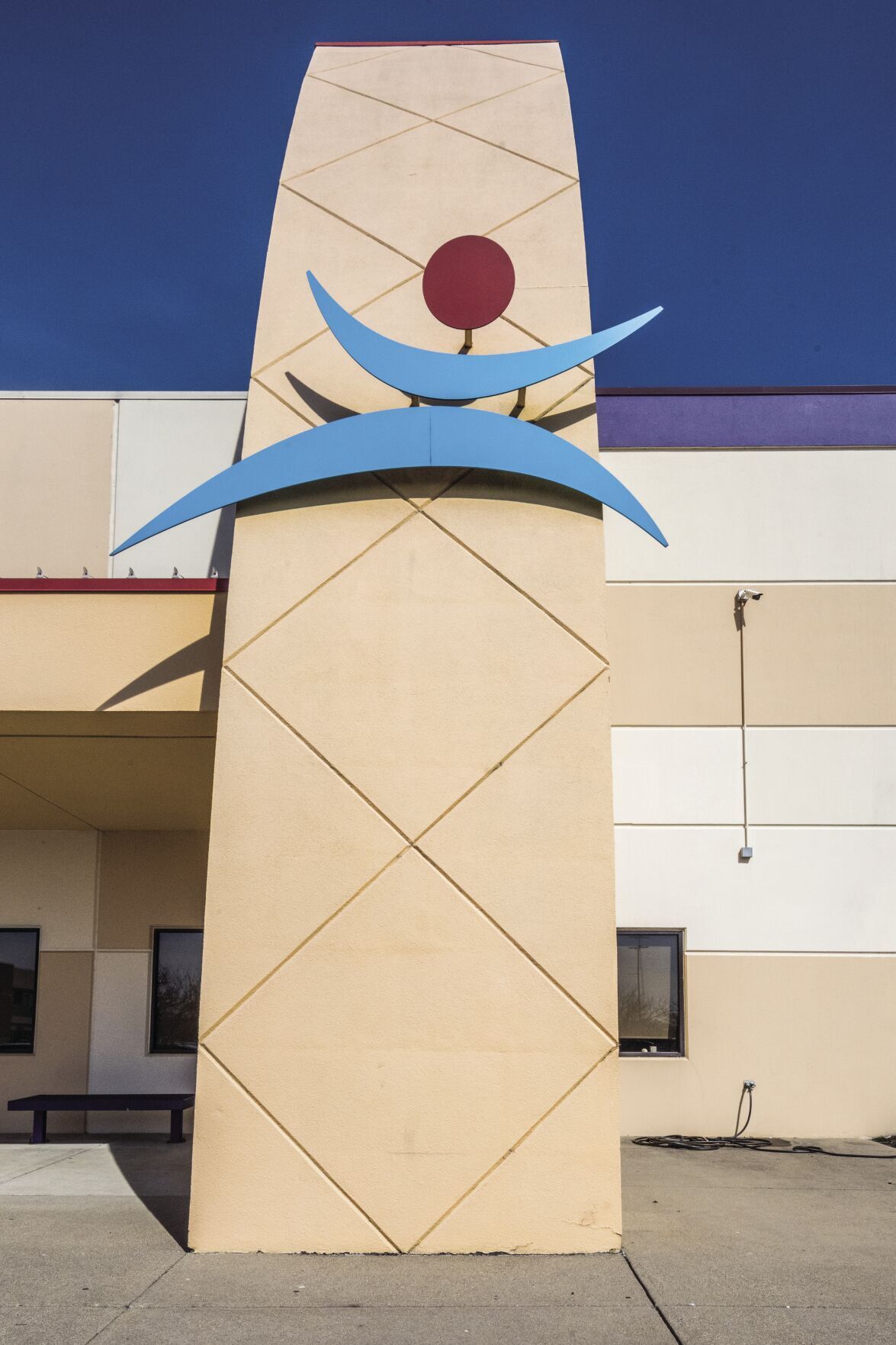 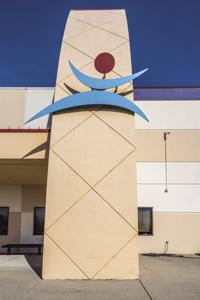 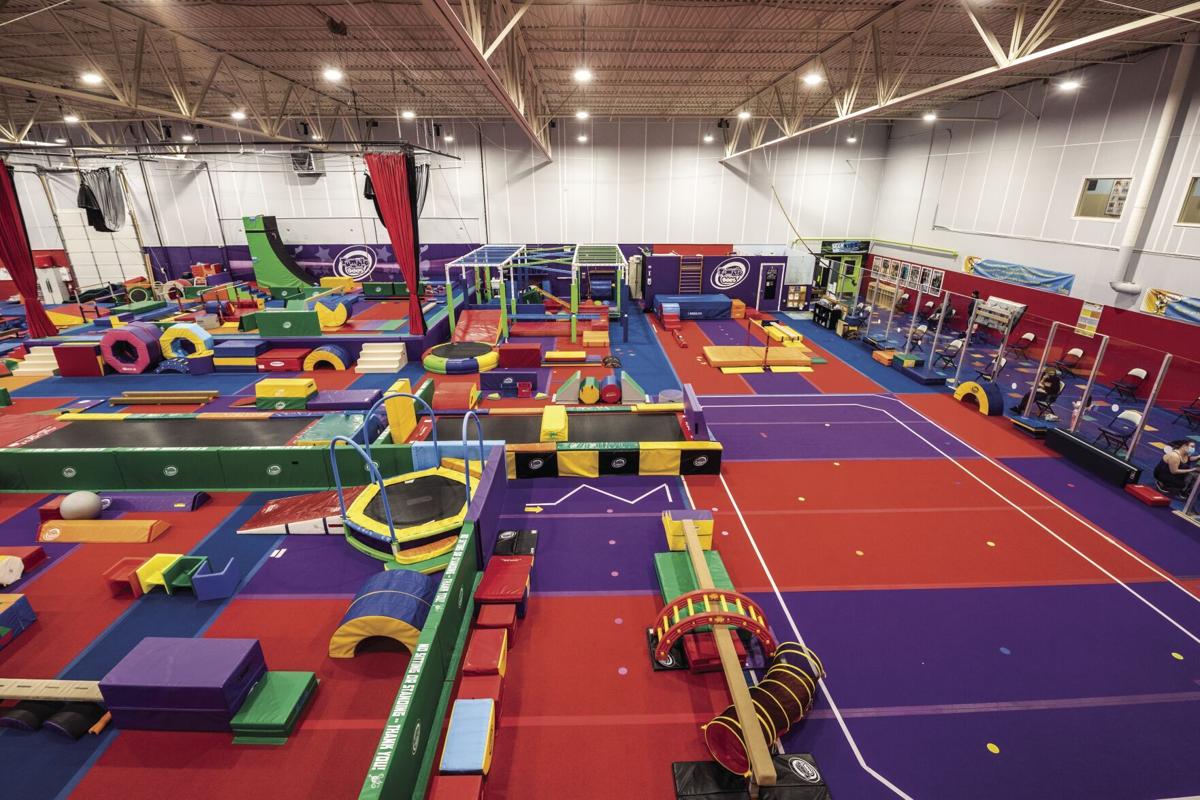 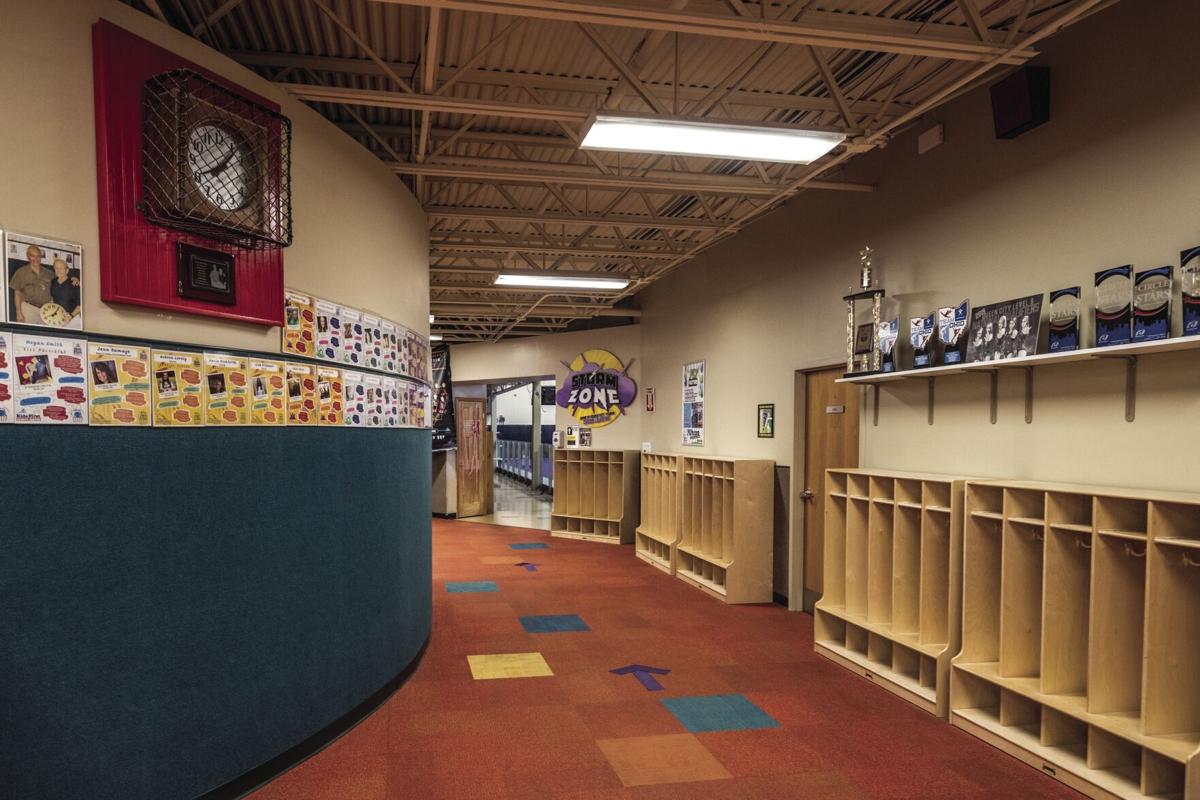 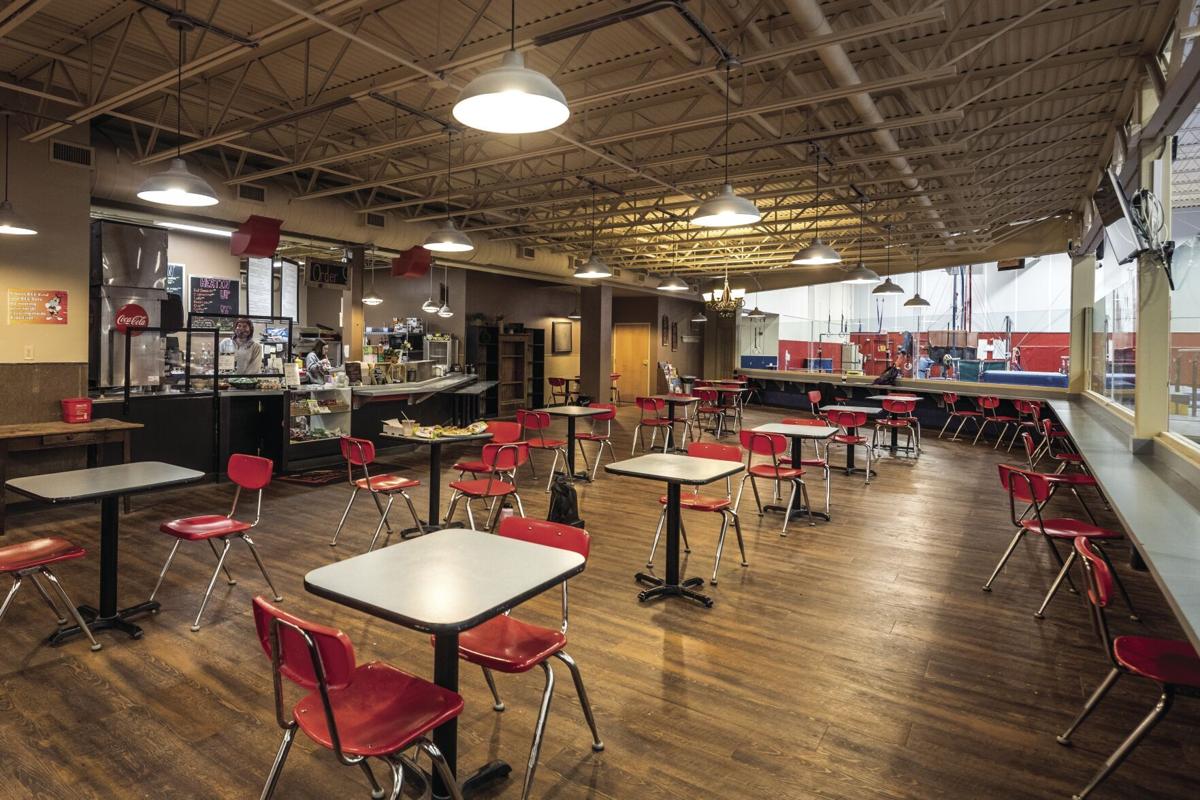 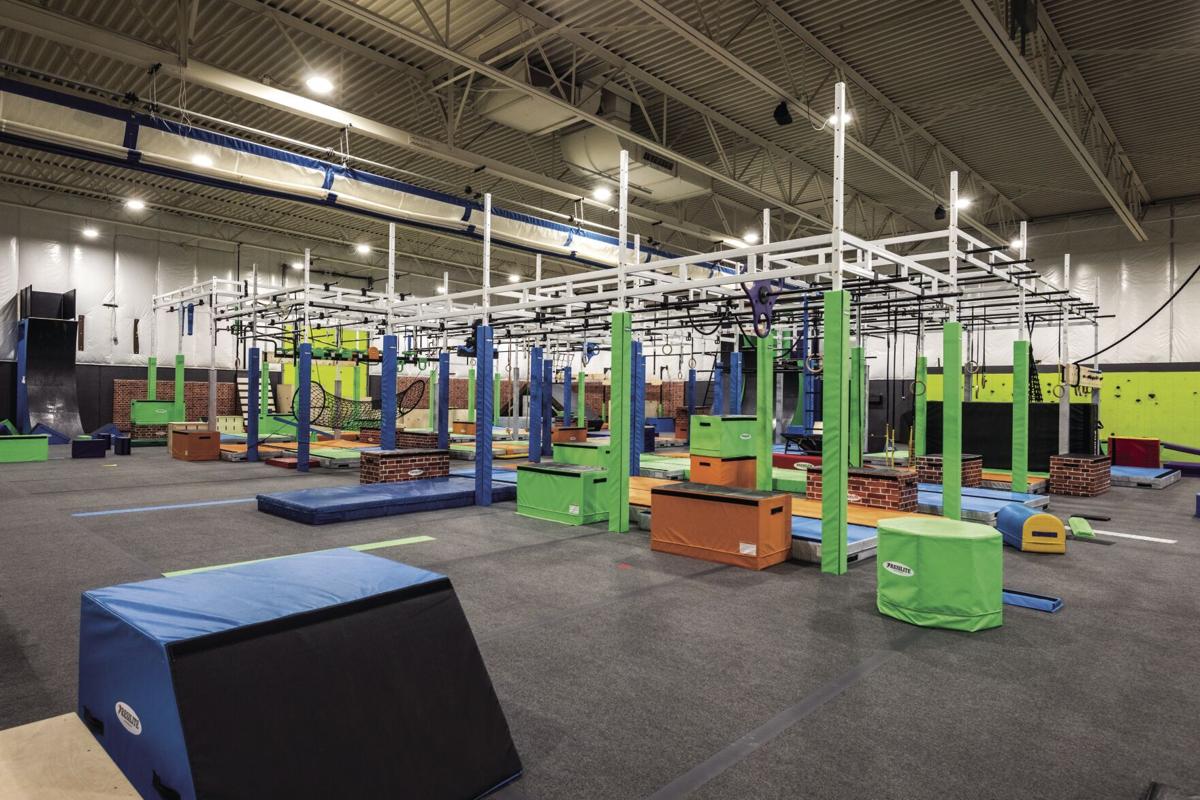 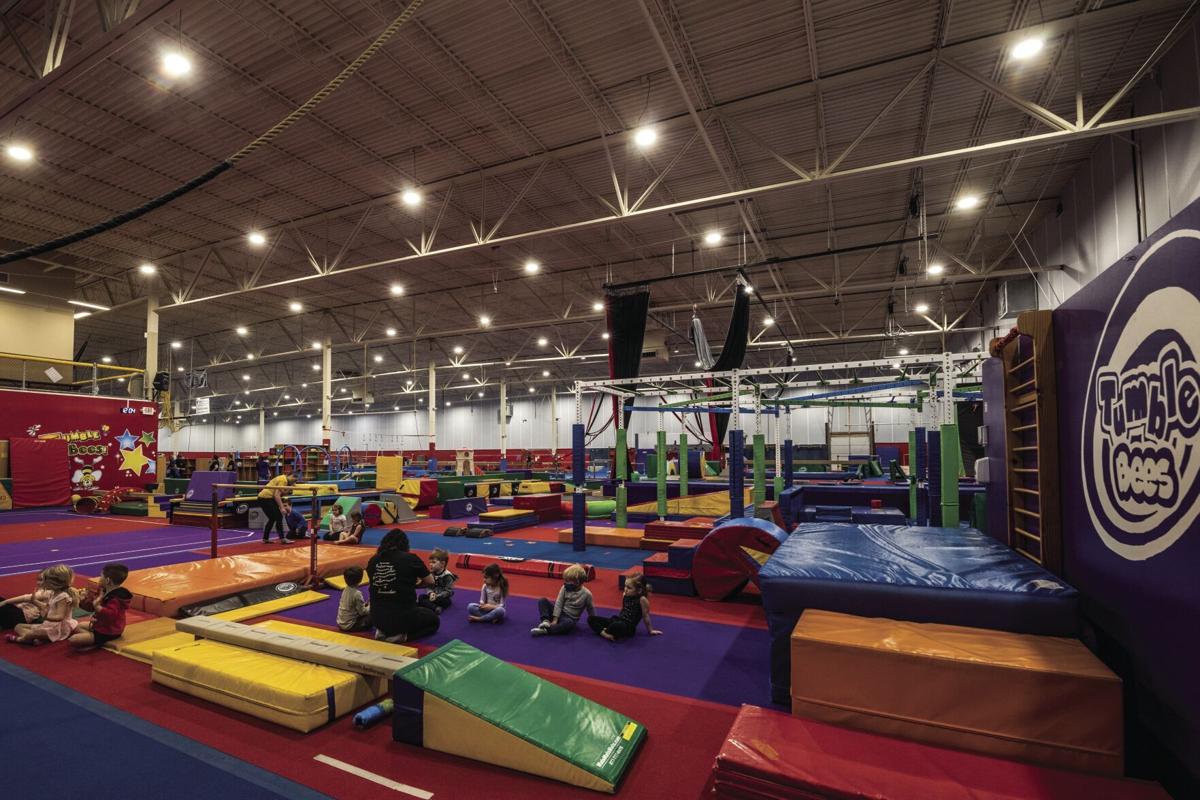 In 2019, construction was underway for a $6 million, 54,000-square- foot basketball/volleyball facility expansion at Kids First Sports Center. Jeff Metzger, Kids First founder and senior adviser, had been a long- time client with a regional bank, but after numerous attempts to talk to his banker about financing the new project were ignored, Metzger went shopping for a new lender. Soon thereafter he was introduced to several First Financial Bank employees, including David Cardell, regional president, and Billy Wersel, Commercial Banking team lead.

“I had interviewed two other banks, but I felt that First Financial would be the best fit and it turns out I was completely correct,” says Metzger. “I liked these folks a lot. They were an open book, very trans- parent. Right from the beginning they said, ‘Here’s what we can do,’ and they followed through.”

Shortly thereafter, Metzger shifted all his banking over to First Financial. Though the impetus for switching banks was Metzger’s expansion project, when COVID-19 hit, he was grateful he had made the change.

“When the coronavirus first came out, it was very traumatic to service business owners who faced a shutdown and the likelihood of zero revenue,” says Metzger, whose $6 million expansion opened in January 2020, just two months before the start of the pandemic. Sud- denly he was faced with a stoppage of revenue and lots of overhead.

“We’re not a multibillion-dollar tech company, so even though we are as big as they come in our industry, we are not a high-margin industry by any means,” says Metzger. “So, there we were, faced with zero revenue and for how long? Nobody knew. At a time when our overhead had close to doubled. There was a real bleak feel to it.”

The daily stress was almost unbearable.

“As you look forward into a dark tunnel and you don’t have the light yet and you don’t know how long that tunnel is, that’s hard,” he says. Though his business had never suffered a financial calamity or significant financial stress, the pandemic thrust them into having to contemplate worst-case scenarios.

“Our 47-year-old business has never missed a payment or been close to missing a payment, but last spring and summer, we were burning through cash every month,” recalls Metzger.

On top of all the financial stressors, the country was trying to get a handle on the severity of the virus that had shut everything down.

“We were wondering, ‘Is it going to hit us like the Black Plague or the Spanish Flu where a significant portion of the population is going to die?’” says Metzger, who suspected that the government would have to come through or else the economy would implode. That became the Paycheck Protection Program (PPP), which provided loans to help businesses keep their workforce employed during the COVID-19 crisis. Though the PPP was a godsend, initially navigating its ever-changing rules was tricky.

“The unknowing nature to the rules of engagement was almost comical,” says Metzger. “The criterion for how the loan was deter- mined would change, then the formula for how much the loan might be. It was all very unknown and fluid. Then the question of forgiveness — that was a moving target as well.”

Through it all, however, Wersel stayed in constant communication with Metzger.

“Generally speaking, but especially during COVID, I felt like I was Billy’s only client. That’s how much of a personal touch he provided,” says Metzger. “And [back in the spring], Billy didn’t know the rules regarding the PPP because nobody knew, but he was a step closer than I was.”

Wersel recognized that everyone was going through unstable, unchartered territory and he did his best to be that source of comfort, support and stability for his clients.

“Having grown up in a small business family, I always try to put myself in my borrowers’ shoes. I wanted them to know that I had their backs,” says Wersel, who was putting in 18-hour days. “I view my posi- tion as a banker as a great opportunity to help my clients, and although it was a chaotic and stressful time, it was also very rewarding because businesses like Jeff’s were able to battle through the rough waters and come out the other side.”

During this time, Metzger’s colleagues Jen O’Hara, president/ treasurer, and Megan Smith, vice president/secretary, regularly communicated with their 225 employees while also staying in contact with their clients. In the meantime, Metzger worked with Comptroller Kim Tudor, pulling together data and learning about the PPP process.

According to Metzger, First Financial was on the ball with the most recent information, and despite the fact that it was continually subject to change, they provided daily reports to distribute the info.

“Nobody knew anything, but they filled us in on what they did know as it was changing,” says Metzger.

According to Wersel, First Financial had a PPP task force, which did a phenomenal job of updating all the banking associates as information flowed in.

“They were an integral part of that as well,” says Wersel.

In talking to his colleagues, Metzger found that nobody else in the industry was giving daily updates the way First Financial was.

“In my opinion, Billy was an unnamed star. He’s a good bank technician, a good marketer and a great communicator,” says Metzger. “First Financial, in general, was quite the hero for us.”

Metzger was also impressed by the fact that First Financial Bank came to him and told him they were going to work out a three-month mortgage payment concession for him.

“To take that burden off my shoulders, from both a financial and psychological standpoint, was huge,” says Metzger. After those three months, they offered additional help.

“It’s hard to say whether the financial support or psychological comfort were more important. I’d say it was equal,” says Metzger. “First Financial deals with their clients the way other banks claim they do in terms of personal touch.”

He even notes that following a recent medical procedure, the first two people who called to check on him were Cardell and Wersel.

Wersel feels the same about his client.

“It’s great working with a business like Kids First because any child who has grown up on the east side of Cincinnati has spent time in their building, including myself. I used to get my butt kicked playing basketball there as a kid,” says Wersel. “They have impacted a lot of lives so I’m happy to have helped during this time. It’s cool the way things come full circle.”