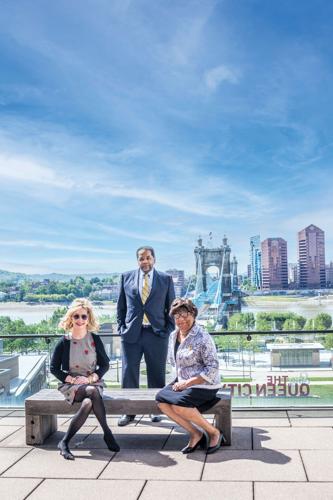 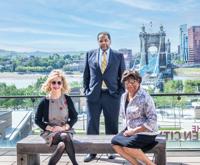 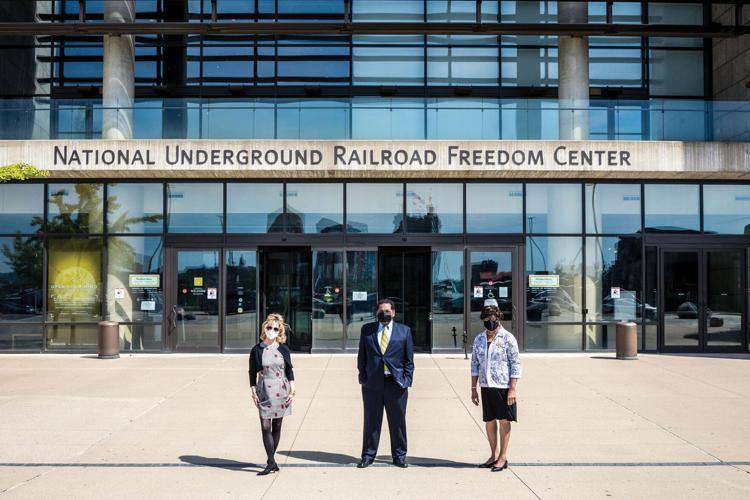 It was 66 years ago that Rosa Parks refused to move to the back of the bus.

“What a powerful message that was then and what a powerful message that is today,” says Dianne Dunkelman, a long-time supporter of the Freedom Center. “In 2021, none of us can move to the back of the bus. We must remain in the front of the bus. In fact, it’s probably incumbent upon us to steer the bus as our task remains to embrace social justice, racial justice, civil rights and certainly economic justice.”

Rosa Parks was the honoree at the first International Freedom Conductor Awards Gala (IFCA) in 1998, a global award that is modeled off of the Noble Peace Prize. The selection committee looks for people who have an illustrious track record over a sustained period of time, having distinguished themselves in the area of freedom. These are people, both in their public and private actions, who have demonstrated their impact as it relates to freedom across the world.

“We try to filter that through the lens of the principles of the Underground Railroad, which were courage, cooperation and perseverance,” says president of the Freedom Center Woody Keown.

Past recipients have included Archbishop Desmond Tutu; His Holiness, the 14th Dalai Lama; Nelson Mandela; and Hon. Nathaniel Jones. Judge Jones, a founder of the Freedom Center, was on the board and worked to raise funds for the center.

“Who could better be a representative of what the Freedom Center is about?” asks event co-chair Carole Rigaud. “He fought in Africa with Nelson Mandela. He ran for his life in Africa when the home he was staying in was bombed. It was a blessing to have him in this city.”

The 2021 recipients of the IFCA include Amal and George Clooney, the late Congressman John Lewis, and Bryan Stevenson. The gala will take place on October 16 at 6 p.m. at the Duke Energy Convention Center. This is a tremendous opportunity for corporations and foundations to become sponsors as they can purchase a ten-person table for $5,000. Individual tickets are $500 and $300. Tickets go on sale July 9.

“I advocate to invite guests who may not be able to afford an individual ticket,” says Dunkelman, co-chair of the gala. She plans to invite University of Cincinnati college students.

“Until there is justice for everyone, there is no justice,” says Dunkelman. “Look to the late Congressman Lewis to hear that message.”

Lewis was integral to the Civil Rights movement for more than 50 years. During his tenure, Congressman Lewis was also an advocate of LGBTQIA rights and expanded access to healthcare and voting rights.

George Clooney is a philanthropist who has engaged in countless humanitarian projects. He has produced three telethons: The Tribute to Heroes after the 9/11 attacks, Tsunami Aid: A Concert of Hope and Hope for Haiti Now, which raised a record $66 million.

Bryan Stevenson is a lawyer, social justice activist, and founder and executive director of the Equal Justice Initiative. His work challenges the inequities of the criminal justice system in America, particularly the biases against minorities.

“Every time we have an opportunity to give an award to someone of international stature, it helps bring the message to everyone about embracing racial justice, keeping civil rights going, social justice, economic power and health,” says Dunkelman. “[For these people,] this is their life’s engagement on an hour-to-hour basis. It’s ever-present in their minds. They have a heart and a moral compass, and they’re in a position to bring a broader message to a broader group of people.”

A special footnote to this year’s gala is the fact that Nick Clooney, who served as emcee for the first gala with Rosa Parks, will present the award to his son.

As Keown points out, the George Floyd situation is comparable to the Rosa Parks moment.

“There’s a global movement underway across the world—a call to action to make another step in this progress towards true inclusive freedom, and we think the messages we are sharing with people with this particular event is a good way to reinforce that message,” says Keown.

Adds Rigaud, “When we’re facing the same things that were battled by Congressman Lewis and Judge Jones with the voting rights that Congress is battling over now, keeping these things on the forefront is so important, and I hope it stimulates people to get out there and be on the front lines to really let their voices be heard.”

Abolitionist Wendell Phillips once stated, “Physical bravery is an animal instinct, but moral bravery is a much higher, truer courage.”

“I think that’s what we [at the Freedom Center] want to stand for,” says Dunkelman.

The National Underground Railroad Freedom Center is located at 50 East Freedom Way, Cincinnati, OH 45202. For more information, call 513-333-7500. To learn more about the IFCA or to purchase tickets, visit freedomcenter.org.