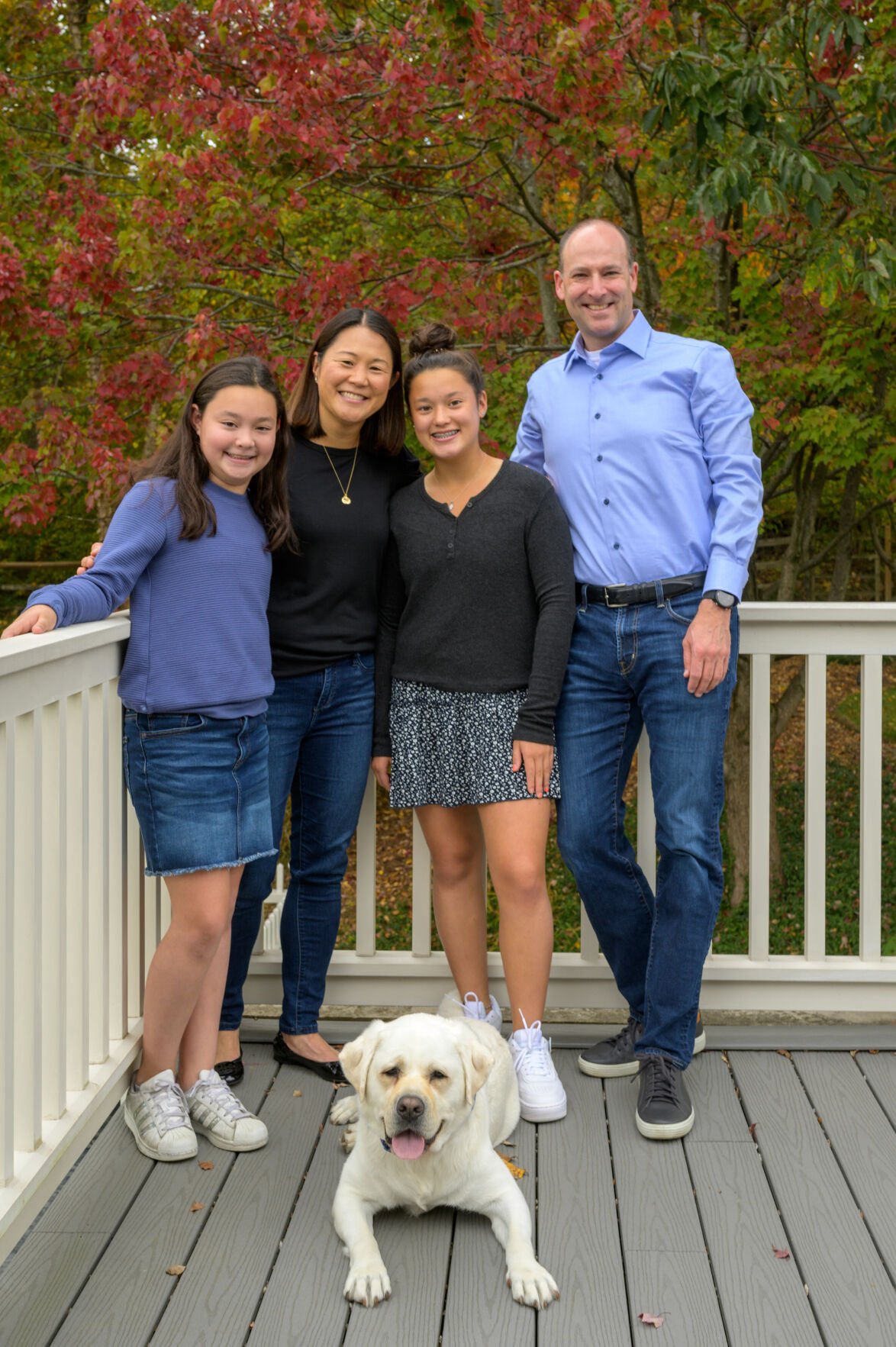 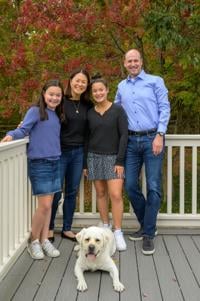 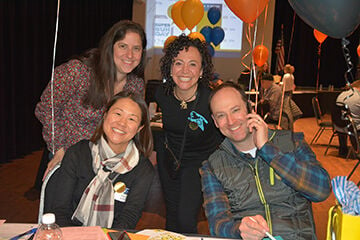 “Cincinnati is a world-class Jewish community by design and a lot of hard work. It didn’t happen by accident, and it’s on all of us to do our part,” says Adam Symson, co-chair of the 2022 Jewish Federation of Cincinnati Annual Campaign.

Adam and his wife Sherri Symson are, for the second year in a row, the volunteer co-chairs of the campaign. They are excited to continue to serve the community they now call home. The Symsons are both from Los Angeles originally, and Adam grew up Jewish, while Symson converted to Judaism in 2001. The couple moved to Chicago in 2001 when Sherri attended the Kellogg School of Management at Northwestern University, and then they eventually moved to Cincinnati for their careers in 2003.

“I think to start, we were a little off the radar, since we were still new in town,” says Sherri Symson. “When I think about our very first introduction to Federation, we were working out at the J and saw Super Sunday underway in the Amberley Room. We walked over and made our first donation. Everyone was so nice, we felt so welcomed, and we wanted to get involved.”

The couple thought it was going to be a temporary move but came to see that Cincinnati would be their forever home. Sherri Symson worked for P&G before deciding to stay at home with their two daughters, and Adam is the CEO of The E.W. Scripps Company.

“Right from the start, we found it was easy to make friends in the Jewish community here,” says Adam Symson. “Then when we had our first daughter in 2006, we realized that we were really putting down roots. Now, we don’t see living anywhere else, and so much of it has to do with our ties to the Jewish community and the volunteer work we enjoy doing.”

“I’m a planner, and that committee was a perfect fit for me. I am very focused on stewardship — making sure the community’s resources are carefully put to use. I was able to put my business acumen to work through P&A, ensuring firsthand that the money the Federation works so hard to raise from community members is used wisely to benefit our community.”

When the Symsons aren’t busy working and volunteering, they are spending time with their family — two daughters, aged 14 and 11, and their dog, Willow.

“We enjoy spending time outside,” Adam Symson says. “We hike, run, ride bikes … eat. We do a lot of eating!”

“As far as family, it’s only us here in Cincinnati,” Sherri Symson says. “Both my family and Adam’s family are still in L.A., but we have a lot of friends here — not to mention our Jewish community family.”

“When I think of the Cincinnati Jewish community,” Adam Symson says, “I think of it synonymously with the Jewish Federation. It engages with the partner agencies, it interacts with the synagogues, and it really acts as the strategic arm for our Jewish community. The Federation touches most everything in Jewish life here, often when people don’t even recognize it.”