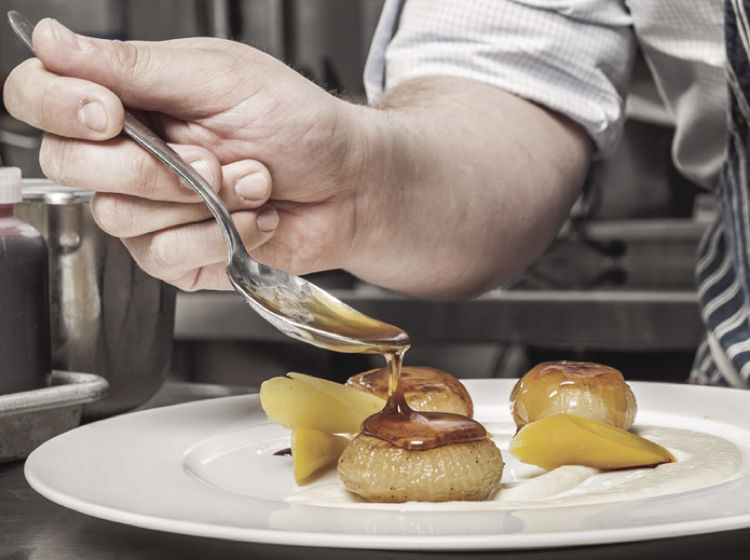 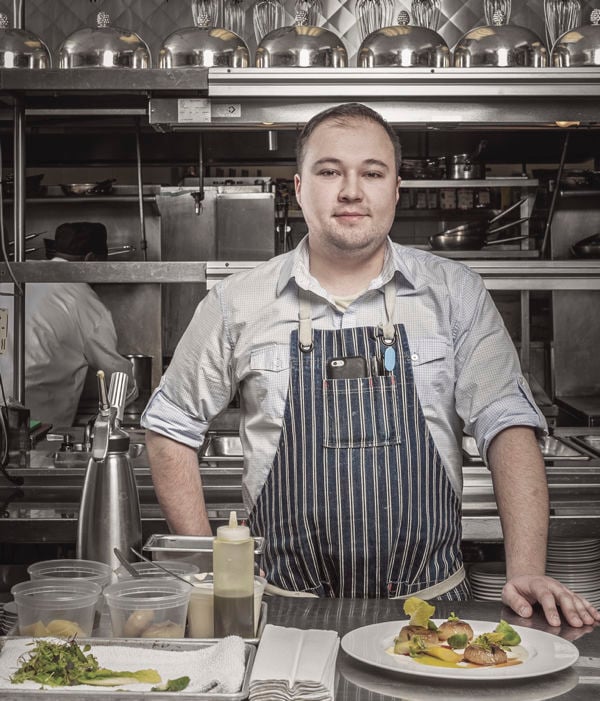 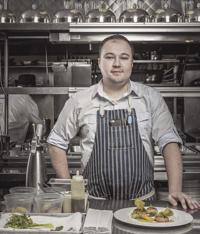 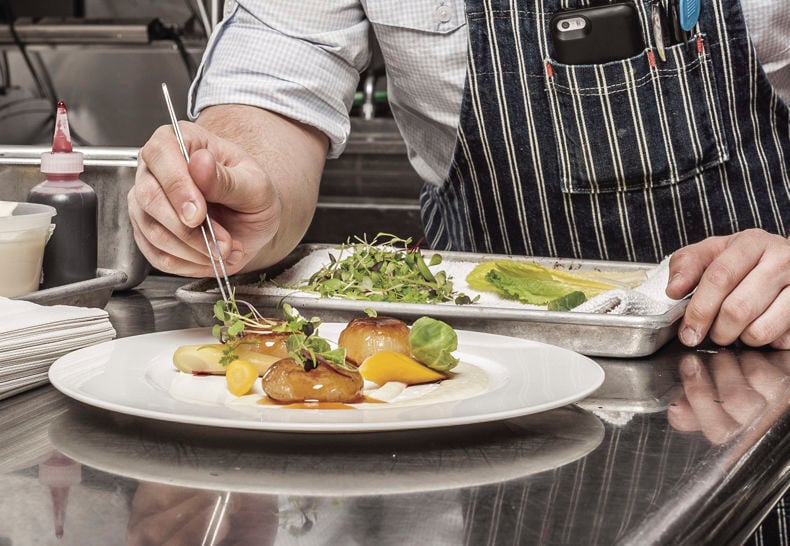 Exciting things took place at The Cincinnatian Hotel’s Palace and Cricket restaurants in 2014 as they welcomed Kansas City native Joe West as their new executive chef.

Prior to joining The Cincinnatian’s culinary team, West worked as chef de cuisine at Bluestem, one of Kansas City’s best restaurants. While working at Bluestem he worked under Colby Garrelts, a James Beard Award winner as Best Chef of the Midwest in 2013.

West was introduced to the culinary world at a young age. As a child growing up in Kansas City, his mother worked as a server at two high-end restaurants. “Being around the kitchen and in restaurants has made my job as a chef easy because I’m comfortable,” says West. “I feel at home and at peace cooking and being in the kitchen. Creating new dishes and flavor profiles comes naturally to me.”

West began his culinary career as a prep cook when he was 16 at 40 Sardines under James Beard Award-winning chefs Debbie Gold and Michael Smith. From that moment he knew he had found his calling and began competing in and winning numerous national culinary competitions. Due to that success, he was offered a scholarship to Johnson & Wales University, one of the best culinary schools in the country. As a student he had the opportunity to stage during the opening year of Alinea with chef Grant Achatz. He also had the honor of working in the kitchens of Lachlan Mackinnon-Patterson, Kevin Taylor, and Bryan Moscatello. West graduated from Johnson & Wales on the dean’s list in 2007.

Upon graduation, West began developing his own style with the help of several well-known culinary mentors. He returned to Bluestem where he worked as a pastry sous chef under Megan Garrelts, a James Beard Outstanding Pastry Chef Award semifinalist. He then joined the team at the Delaware Café as executive chef. While there, he became the youngest executive chef to receive a three-and-a-half star rating by the Kansas City Star. He was 22. He later moved to Las Vegas where he became chef de partie at Alex Restaurant, then was soon promoted to sous chef at Stratta under Alessandro Stratta at the Wynn Las Vegas.

The new menus he created for the Palace and Cricket are designed to grab the diner’s attention through emotion. For example, the ember-roasted banana paired with milk jam, bourbon ice cream, and pecans offered at the Palace is a play on a sweet treat West learned to make as a Boy Scout.

“As a kid I was a Boy Scout; during camping trips we would cook meals around the fire. We would roast bananas with Snicker bars in them wrapped in foil. It was just a kid thing, but that moment is something I remembered so creating this dish is sort of like a reflection of that moment," says West.

“Being in Cincinnati – it’s the Midwest and I am a Midwestern guy, so I like to create a higher level of cuisine based on our region.”

Guests will find the revamped menu full of new and exciting sharable dinner portions ranging from $8-22 at the Palace and $5-18 at the Cricket Lounge.