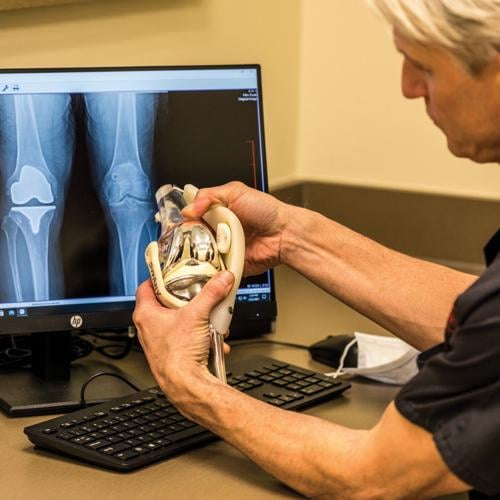 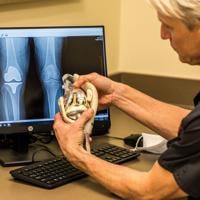 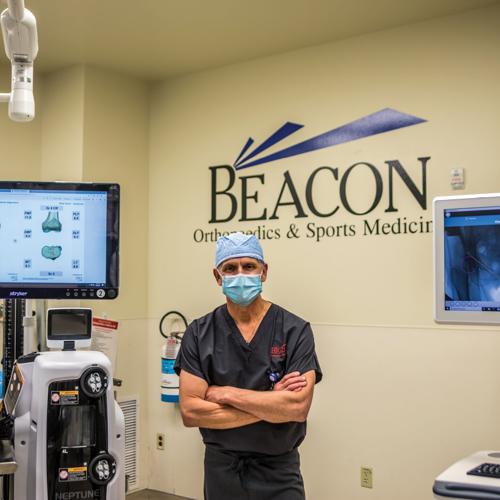 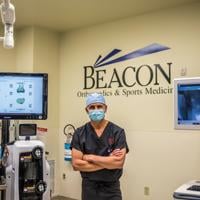 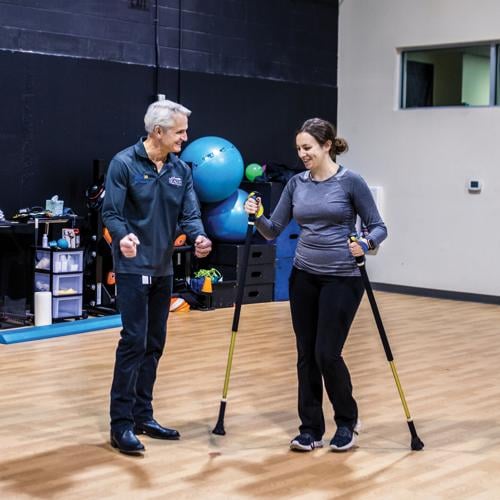 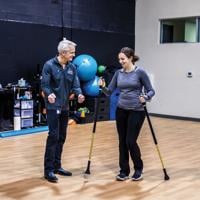 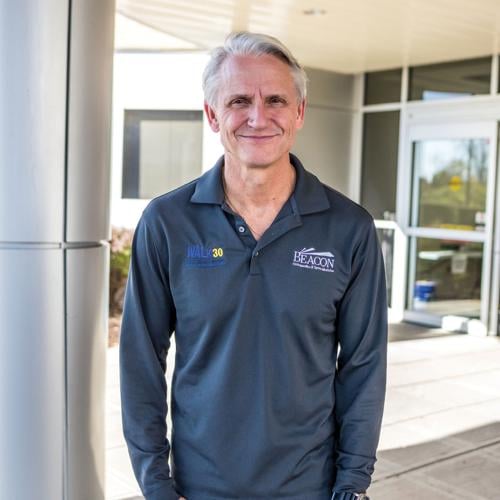 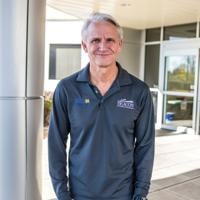 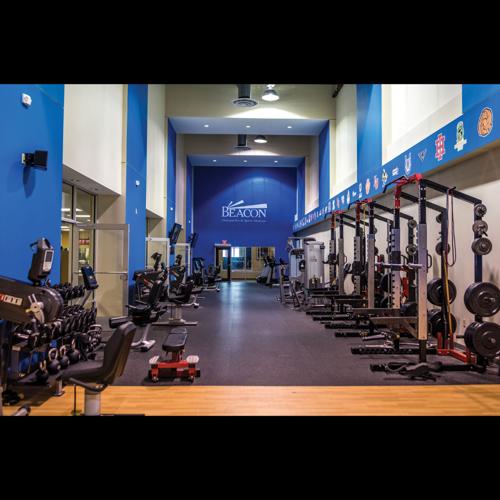 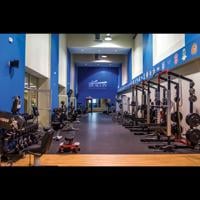 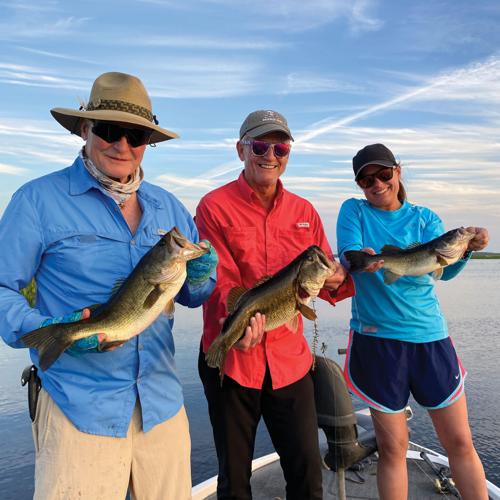 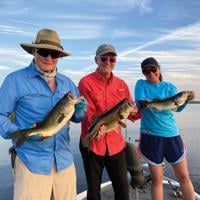 When you’re in pain, there’s only one thing you care about: finding the cause and stopping the hurt. That’s where Michael Lawson Swank, M.D., an orthopaedic surgeon with Beacon Orthopaedics and Sports Medicine, comes in.

His path to orthopaedics was a journey. Swank moved to Cincinnati in seventh grade and attended St. Xavier High School. At Georgetown University, he double-majored in English and psychology, eventually becoming a Rhodes scholarship finalist. Then it was on to medical school.

In his fourth year of med school, Swank planned to become a cardiac surgeon. He already had a rotation set up in cardiothoracic surgery, but he decided to take a one-month rotation in orthopaedics. It was a move that ultimately shifted his career focus.

“Not only did I find orthopaedic surgery interesting, but those doctors seemed happier than cardiac surgeons. They really seemed to like what they were doing,” Swank says. “In orthopaedic technology, there were joint replacements, trauma techniques, spine surgery, all relatively new territory. I thought there would be more expansive opportunities available in terms of innovation and research in the orthopaedic world.”

Swank took two extra years to do both a spine and a joint fellowship before returning to Cincinnati. While he found spine surgery to be a challenging and interesting field given the back’s complexity, he was bothered that he could never be 100% sure that he had helped people. Swank traveled between two hospitals for a time, doing spine surgery at one and joint surgery at another. By 2004, however, he opted to focus solely on joints.

Throughout his career, Swank has been part of some impressive innovations. He was at the forefront of the first computer-assisted surgical systems in the U.S., such as the first FDA robotic hip trial. He was the first orthopaedic surgeon to perform an FDA-approved navigated total knee replacement and the first in the region to do FDA-approved robotic knee surgery.

“For a long time, I was pushing the envelope of innovation, patient outcome and surgical technique,” Swank says. “I felt like I was providing something for my patients that they couldn’t get elsewhere.”

His peers recognize his accomplishments. He has trained more than 100 surgeons in surgical techniques and given many talks, cadaver courses and surgical visitations locally, regionally, nationally, and internationally. In 2001, Swank started a nonprofit medical research foundation called the Cincinnati Orthopaedic Research Institute that tracks patient outcomes in a database following surgery.

“With patients, we’re dealing with a complex system, so you have to keep a complex amount of data to sort things out,” he says.

Collecting data enables Swank and his colleagues to form more accurate opinions that are based on fact. Swank has found that when he does research trials, the hypothesis he’s testing is obvious, but he almost always learns additional information that adds insights.

“One of the reasons to do research is to constantly question if what we are doing is right, necessary, helpful or harmful,” says Swank, noting that medicine is primarily an apprenticeship. “Medicine is not black and white typically. It’s more probabilistic and statistical.”

The pandemic caused Swank to change his services to a strictly outpatient capacity, making him the first joint replacement surgeon in the region to move entirely to outpatient joint surgery. While some patients were initially reluctant about the idea, they now think it’s fantastic. They appreciate that he works with a smaller team of nurses and anesthesiologists who all communicate the same consistent message from start to finish; this eliminates confusion on the patient’s part.

“We’re pushing what we can do safely and effectively for patients and, in some ways, improving health care overall,” Swank says. “I’m constantly learning from my patients and continually adapting to their needs.”

Patient feedback is critical. That point was driven home when Swank was interviewed by the Cincinnati Enquirer for an orthopaedics article that included a photo tagline that read, “Better fit, more precision.” A few months later, another article ran with the same picture, only this time the slogan read, “Less pain, quicker rehab.” He got a much more favorable reader response to the second tagline because less pain and a quicker rehab are a patient’s top priorities.

As Beacon celebrates its 25th anniversary, Swank celebrates being a part of a physician-focused orthopaedic practice.

“Dr. Timothy Kremchek has done a great job of maintaining a physician-driven, patient-focused organization, which, frankly, has almost disappeared in medicine today as most physicians in this community are owned by a hospital,” Swank says.

Swank has close ties to his family. He has three grown children: Michael, Margot, and Eric. He especially enjoys is fishing and hunting trips with his father — sometimes out west, sometimes up east, sometimes to Canada. “We go sit in cold weather, and I wonder why we do it,” Swank says. “My dad likes it, so I like to do it with him.”

When COVID-19 first hit and Swank had a little extra time on his hands, he returned to his collegiate roots and penned a memoir, much to his mother’s delight.

“I have one of those rare mothers who would have preferred I become a writer rather than a doctor,” says Swank with a smile. “Maybe I’ll revisit that memoir and edit it to see if there is merit in publishing it.”

Wondering if Dr. Swank can help you with your joint pain? Visit michaelswankmd.com or call 513-233-7207.