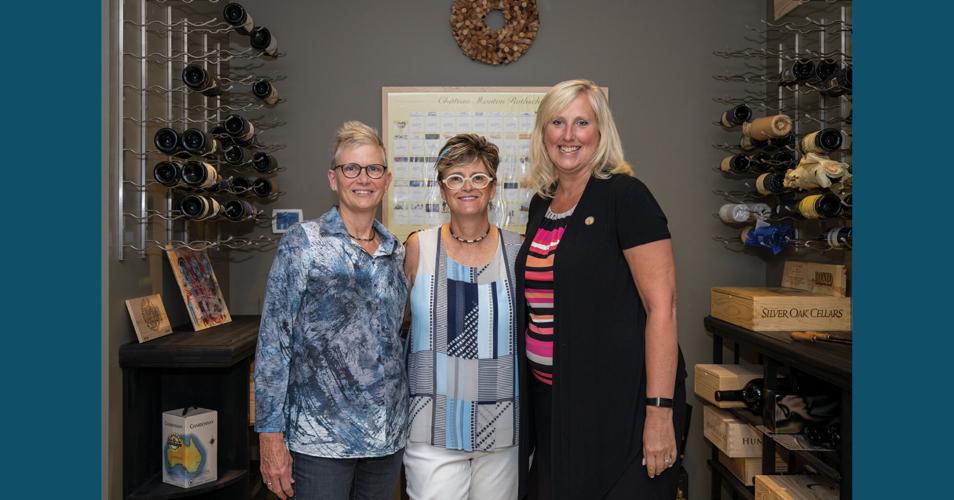 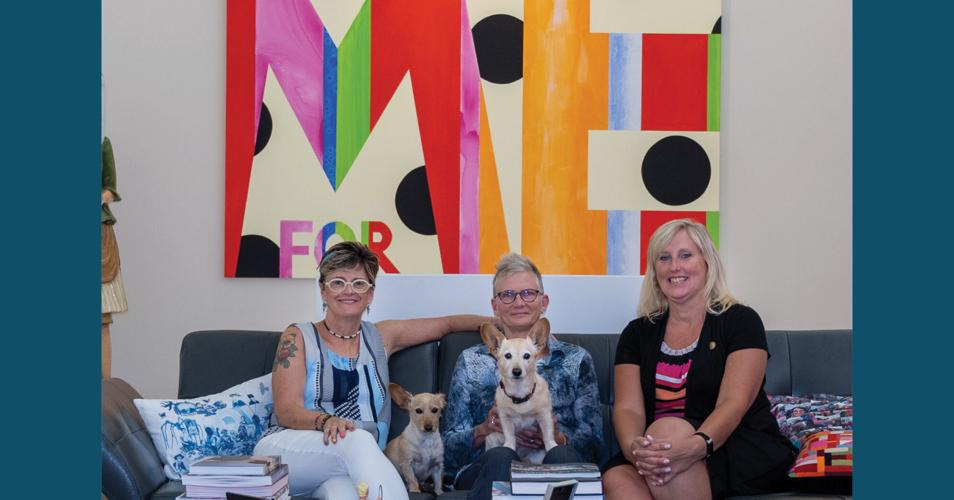 A cancer diagnosis rocks your world — not just for the patient but also for their caregivers. The people at Cancer Family Care (CFC) recognize that, which is precisely why it exists.

CFC, which celebrated its 50th anniversary in 2021, was founded by a social worker who realized there was nothing available beyond traditional therapy for patients and families dealing with a cancer diagnosis. She began counseling them and soon discovered she needed more space and counselors, so she enlisted the help of friends who had financial connections. Procter and Gamble provided the first financial donation, and Western & Southern Financial Group donated the first space. Both businesses continue to be faithful supporters of CFC because they know that counseling, education and support for cancer patients and their families are so critical to healing.

Sara Vance Waddell was introduced to CFC 17 years ago when her wife, Michelle — then in her early 40s — was diagnosed with Stage 2 breast cancer.

“That cancer diagnosis turns you upside down,” says Sara. “You don’t know what to do or where to go.”

A friend suggested the couple contact CFC for counseling. They did, and it made a world of difference.

“They were good about helping us logistically work through things,” says Sara, who was so grateful that she joined the CFC Board of Trustees 16 years ago. She served 10 years on the board and even served as the board president before being named an honorary lifetime trustee.

Besides giving their time, Sara and Michelle also became very generous donors to CFC and have even named CFC in their estate plans, leaving their fine wine collection to the agency. They also support the annual CFC Wine Tasting, Dinner and Auction. In addition, they annually underwrite the cost of a program called Waddell Family Healing Hands, which offers cancer patients free wigs, and free and discounted oncology massage and Healing Touch therapy.

Oncology massage and Healing Touch therapy were two things that helped release stress and promote healing for Michelle, Sara explains. “We thought, ‘Why not offer this service to other folks dealing with cancer?’ It’s our way of giving back to an organization that gave so much to us.”

Other CFC programs include the Treehouse Children’s Services, which offer individual, group and family counseling for children who have family members either with cancer or who have passed away from cancer (e.g., a parent, sibling, or grandparent). The therapy, which takes place at school so evening hours are not disrupted, helps children process their feelings throughout the cancer journey.

The Coping Connection, staffed by licensed social workers and counselors, provides information about cancer-related illness and loss. It also connects people to other helpful resources in the community. The program educates oncology professionals about the services CFC provides, and it does the same for companies. For instance, if a company has a team member who is returning to work following cancer treatment, the CFC team can help the other employees with appropriate questions and conversations.

“Their colleague may look or act differently, so their coworkers may wonder how to address that,” says Jill Settlemyre, CFC

executive director. “They may want to know what to say or not say. Sometimes you just need to talk about it first.”

Studies show the benefits of integrative medicine when it comes to treating a cancer patient. It’s not just about the medical side — the chemo, the radiation, the surgery, and the immunotherapy; it’s about treating the whole patient.

“That’s where our relationship with all major hospital systems in the region is critical to our success,” says Settlemyre. “We can provide the services that medical professionals cannot simply because they don’t have the capacity to do it all.”

With cancer rates growing in the region, CFC would like to expand its footprint in the future to include a physical presence in northwestern Butler County.

“Having said that, we won’t muddy our mission by adding programs just to get grant funding,” says Settlemyre. “Our mission is what we do. This is what people need, and we stick to it.”

Michelle is now 17 years cancer-free, but she and Sara will never forget the love and support they received from Cancer Family Care.

“I hope there comes a time when CFC doesn’t have to exist,” says Sara. “Until then, we will continue to support them.”