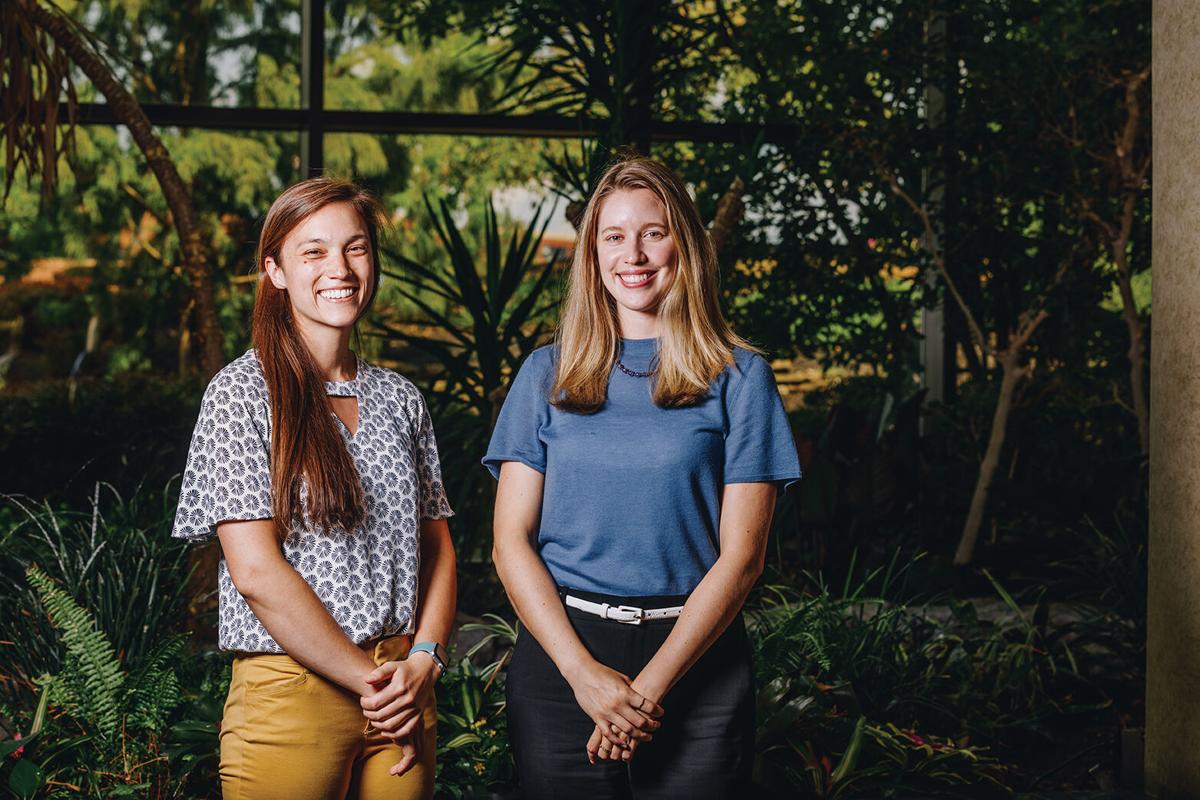 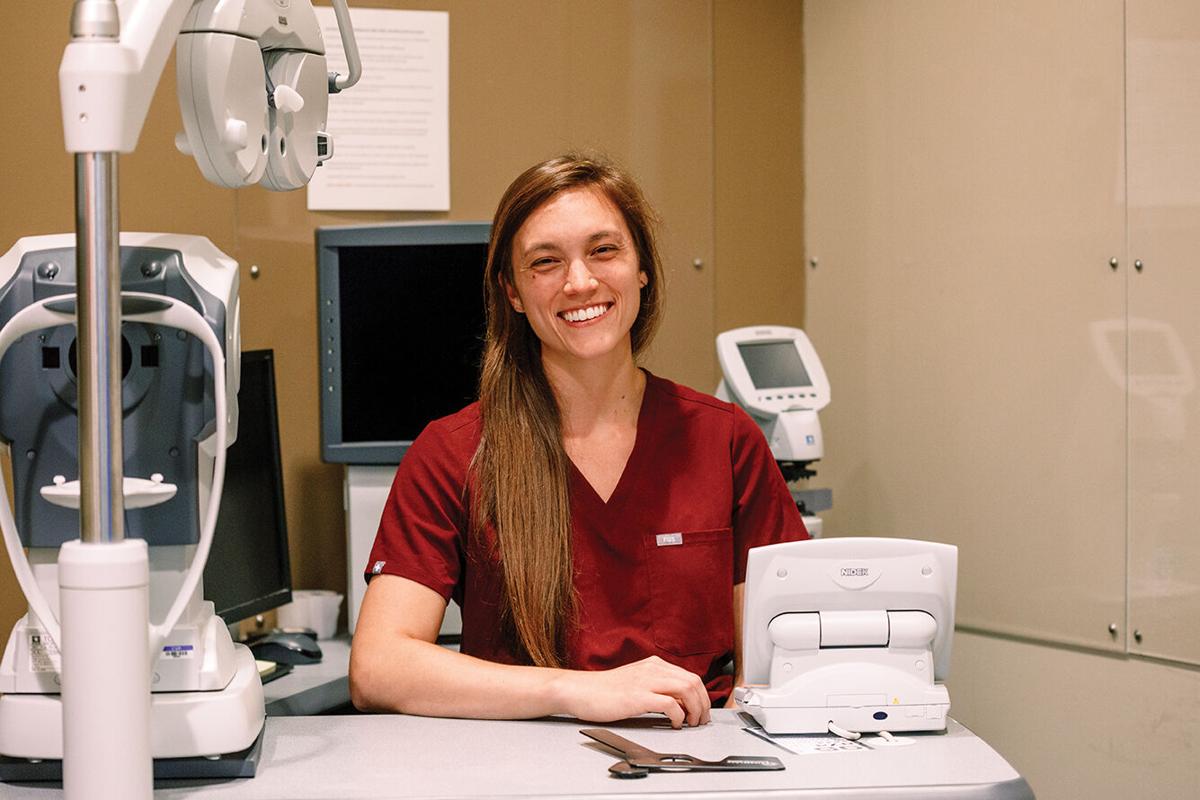 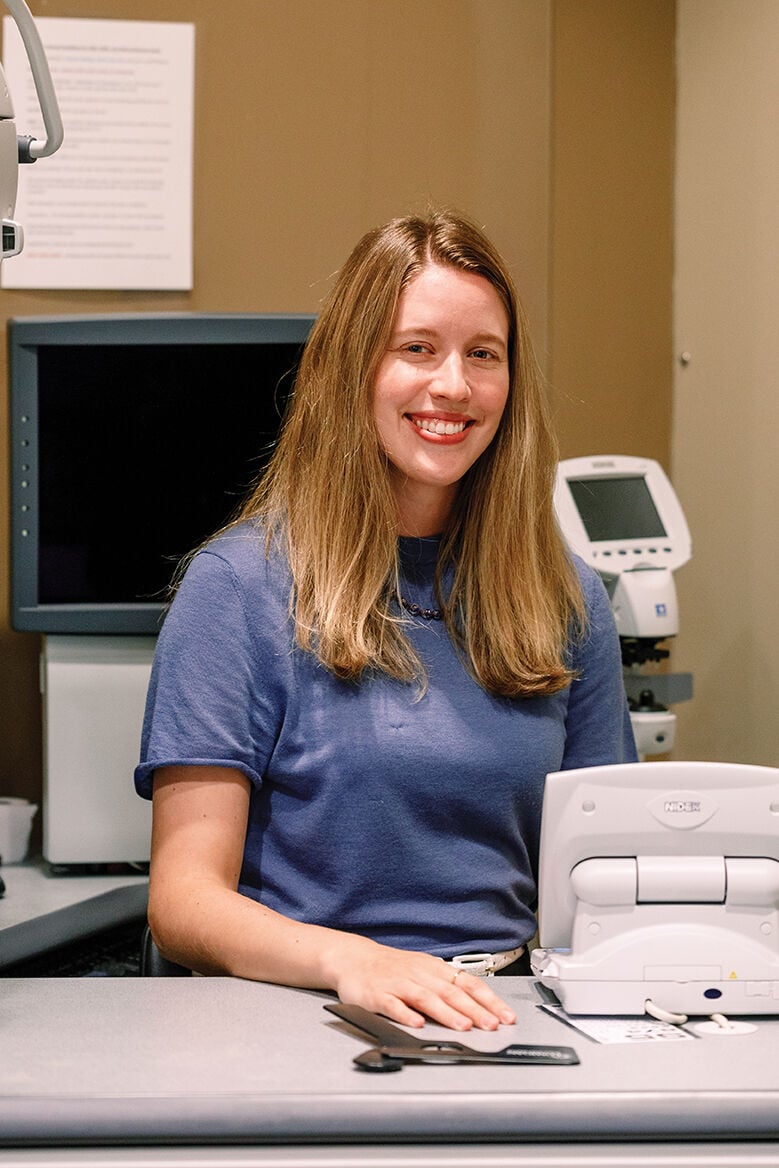 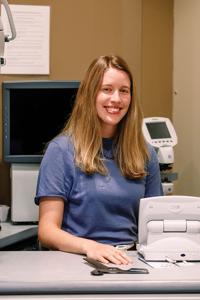 “The thing I like about medicine is that you’re constantly learning. I would dread any job where I’d be doing the same thing every day. This job keeps me on my toes.”

Early on in medical school, Meghan Hermanson planned to study neurology, but during her third year of training, she discovered ophthalmology, and her focus shifted. Fascinated by the complexity of the eye, she was intrigued by how the field is able to improve people’s vision and, by extension, greatly enhance their lives.

Around the same time that Hermanson was immersing herself in the world of ophthalmology, her beloved aunt developed a tumor in both of her eyes that impeded her vision.

“Watching her go through that around the same time that I discovered ophthalmology culminated in a career decision for me,” says Hermanson. “I wanted to pursue a career in which I would help people preserve their vision.”

In August, Hermanson, a comprehensive ophthalmologist, joined the team at Cincinnati Eye Institute. She will be covering the Hamilton clinic. Hermanson chose to be a comprehensive ophthalmologist so that she can treat patients for things like eyelid disease, glaucoma, dry eye, and meibomian gland disease, which can lead to dry eyes. Her main passion, however, is cataract surgery because through treatment, a patient’s quality of life can be completely transformed. Cataracts are one of the most common causes of reversible blindness in the world.Hermanson has seen a wide range of individuals from all socioeconomic backgrounds who suffer with cataracts. Sometimes she sees them after the disease has progressed significantly.

“They come in with severe cataracts, and as I guide them through that process, operate on them, and see them on the other side, they go from legally blind status to 20/20 vision. That’s life-changing for them,” says Hermanson. “To go from not being able to drive and being dependent on friends and family to having their whole life ahead of them — that’s huge. Watching them as they go through treatment and recover their vision is so gratifying. Being alongside them for that journey — nothing compares to that.”

Dr. Erin Filbrandt is a new optometrist who also started working at CEI in August. She too had to find her way to discovering that her passion was working in eye health. All through college, she had told herself that she wanted to go into pre-med. It wasn’t until she started rock climbing that her life’s purpose became crystal clear.

“One of the main reasons I climb is for the view at the top,” she says. “One day it dawned on me that I can’t imagine what that experience would be like if I couldn’t see it. That’s when I decided I wanted to help others with their vision issues.”

The first year of optometry school was difficult, but once the program became more clinic-based, she found her rhythm as she learned techniques and increased her interactions with patients.

Filbrandt completed an ocular disease residency at the Cincinnati VA Medical Center to get some extra training.

“They correlate one year of residency to five years of experience in the non-disease practice,” says Filbrandt.

Though she was nervous that she might get bored treating such a homogenous patient population (90% of patients at the VA were men over 60 years old), she was pleasantly surprised.

“They were the sweetest, most appreciative people,” says Filbrandt, who notes that it’s ironic because her work at the VA revolved almost exclusively around advanced retinal disease. At CEI, however, twice a week she works with Dr. Edward Holland, a corneal specialist. “Now I work with mostly cornea and anterior segment, so those are kind of opposites.”

Dr. Filbrandt is thrilled to have joined the CEI team.

“The thing I like about medicine is that you’re constantly learning,” says Filbrandt. “I would dread any job where I’d be doing the same thing every day. This job keeps me on my toes.”

She’s intrigued by the fact that patients with the same disease present in totally different ways.

“I like how dynamic the field is because the second you think you have a feel for something, a new medication comes out or a new technology or a new understanding of a disease,” says Filbrandt. “I like how everything is constantly changing, and I’m challenged to learn everything as it comes.”

Cincinnati Eye Institute is a partner practice of CVP Physicians. There are 16 clinic locations in Greater Cincinnati. To make an appointment, visit cincinnatieye.com or call 866-506-8525.