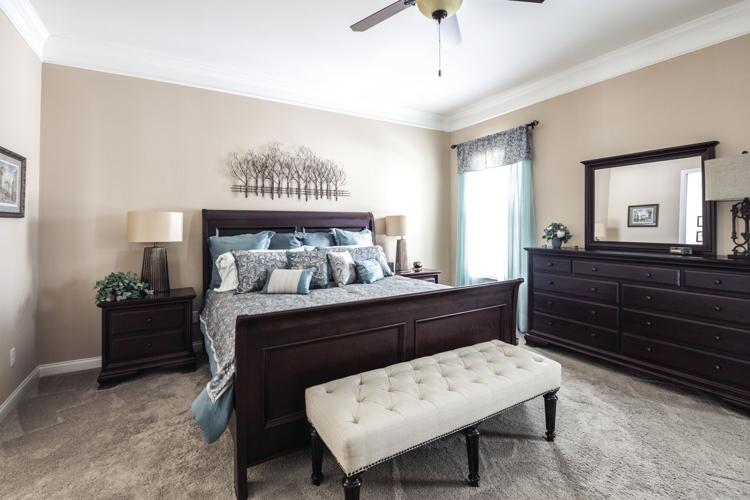 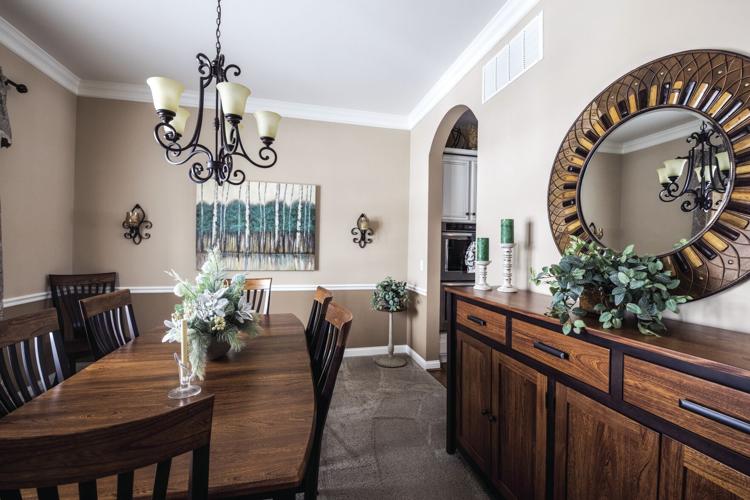 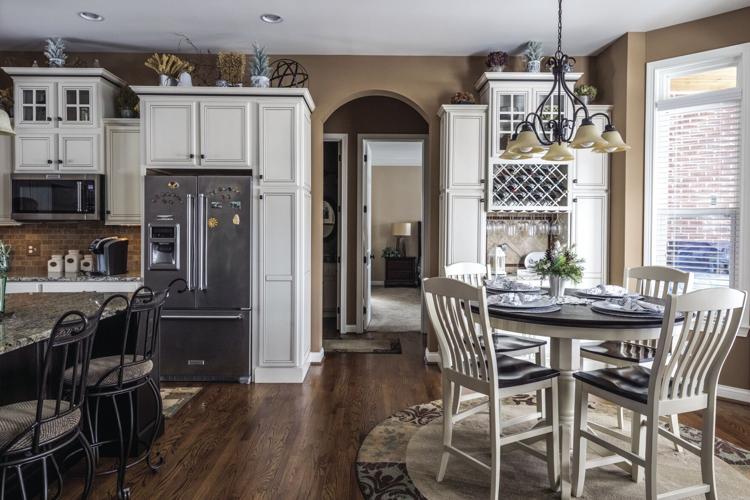 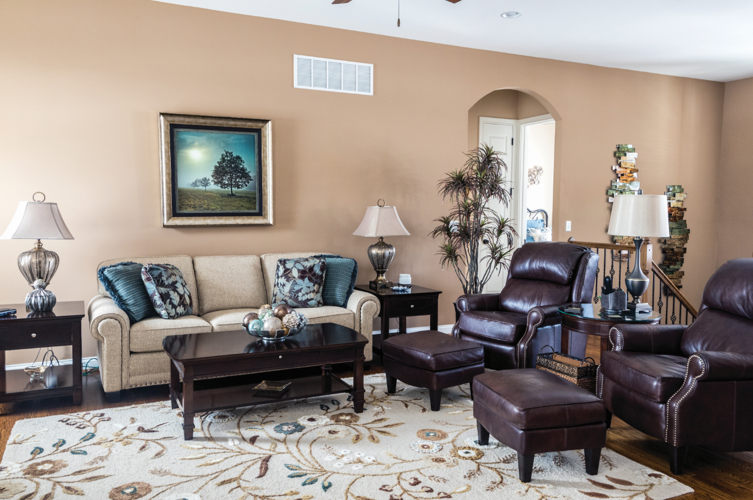 In 2015, Cathy Stefanik relocated to Hebron, Kentucky, after residing in New England for many years. Her grown children lived in the Cincinnati area, and she was ready for a change of scenery and welcomed the idea of less harsh winters.

“The last winter I was in Maine, we got 59 inches of snow. I said, ‘That’s it! Time to go!”’ says Stefanik. She wanted to build a custom home, so during the eight months of construction, she had time to carefully pick out the furniture she wanted to outfit her new place. When she stepped foot inside Furniture Fair, she was immediately impressed with the huge selection of merchandise but also overwhelmed by the sheer volume. Then she met Chris Hoffman, an interior designer with Furniture Fair, who offered to help guide her through the process.

“The two of us clicked right away, and after learning about me, he got a feel for what I wanted,” says Stefanik. “I don’t think at first he expected the enormity of the project because I was basically doing my whole house in Furniture Fair — even all of the wall hangings!”

Stefanik presented her house plans to Hoffman, who then drew out different scenarios for each room.

When the two first started meeting, Hoffman would always say to Stefanik, “You’re very matchy-matchy.” But he taught her to step outside her comfort zone. For instance, her kitchen table has cream chairs but a dark finish on the seats and tabletop. When Hoffman first showed it to Stefanik, she shook her head, not thoroughly sold on the look.

“Chris assured me that it would fit with everything I had, so although I was hesitant initially, I decided to trust him and I’m so glad I did,” says Stefanik. “It matches perfectly with everything in here. He’s exception- ally good when it comes to things like that.”

Stefanik found that working with Hoffman made the whole experience so much easier.

“Together we paged through different books and we looked online,” she says. “They were wonderful, and because I bought so much, they gave me a nice discount.”

When Stefanik’s furniture was delivered, Hoffman and one of his colleagues came to her 3,300-square-foot house and told the delivery team how to place everything.

“That was also awesome,” she says.

Stefanik has a hard time picking a favorite room of the house because the entire project turned out so beautifully.

“I love all the rooms for different reasons,” she says.

She does, however, have some favorite items, like her leather chairs and a unique cabinet that looks like a credenza but it’s all metal with glass doors.

“That’s the other thing I was looking for — different items — because I didn’t want the same stuff you always see,” says Stefanik, who credits the fabulous end product to the talented team at Furniture Fair. “Chris took the time to understand what I was looking for and that was big,” says Stefanik, who was equally impressed by the fact that nobody at the store was ever pushy. “I don’t like going into a place and have somebody get right up in my face, and they weren’t like that.”

Over the course of the past five years, Stefanik has called Hoffman to outfit other rooms or just to add to what she already has. For example, she recently called him because she was in search of a rug for her hardwood living room floor.

“I told him I wanted something that pops, and right away a rug came up on sale and he called me,” says Stefanik. “I went in, I loved it, I bought it. He knows my style.”

Before Stefanik found Furniture Fair, she had visited other stores and was shocked by the comparison in quality, selection and service. In her opinion, other stores simply weren’t in the same league.

“It was such a pleasant experience that I almost wish I was building another house!”

If you are interested in design services, stop into one of Furniture Fair’s 11 locations in the Cincinnati, Dayton or Louisville area and meet with a member of their design team, or visit them online at furniturefair.net to check out the many furniture options available on their sales floor.